Recently, I got the chance to see Les Misérables, here are my thoughts on the spectacular performance...

Recently, I got the amazing opportunity to experience the dress rehearsal of Les Misérables at  Birmingham Hippodrome. In all, the performance was outstanding and flawless- especially considering it was the first time the cast had performed a full run of the show at this venue. The fact that it was a dress rehearsal may have changed some peoples views on the play (as the lighting was still being rigged), however, I felt the performance was just as good as if it were the real thing; the only thing I feel it lacked was a response from a bigger audience.

The play is set in Paris and revolves around the story after the French Revolution (which without the backstory of any characters, is already a miserable subject). The play then follows each character facing their individual challenges and rivalries, both starting and ending with the tragic tale revolving around Jean Valjean. The emotion from each character's story is conveyed perfectly through every aspect of the show; from set to vocals.

On a whole, it was a phenomenal performance from all the cast (especially the child actors), who performed with such a high level of energy and focus throughout the show. Every single actor put so much emotion into their performance and somehow managed to pass this emotion onto the audience- most of whom were crying! As well as the emotion in the actors’ performance, they all also had amazing power in their voices. This meant they were able to hold notes for such long durations whilst still maintaining their incredible level of articulation. At one point an actor managed to send an echo through the entire auditorium which really drew the audience in.

Throughout the performance, the transitions were effortless and barely noticeable, this was either due to the wonderful use of self-moving set or the strength and training of the actors (when carrying other actors off or smaller pieces of set). The set design itself was beautiful, meaning one space could be transformed into many different settings instantly. The set was expertly crafted to help tell the story and bring Paris to the audience.

The music from the live band sounded amazing and filled the space tremendously. It sounded better than if it was pre recorded and added to the whole atmosphere flawlessly. The script was written wonderfully, and the way it was performed (with so much talent) meant that the atmosphere could change from humorous to distraught in an instant, without the pace feeling too hasty. This also meant that even though the entire performance was in song and jumped from scene to scene quite quickly, it was surprisingly easy to follow. 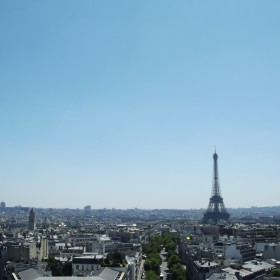 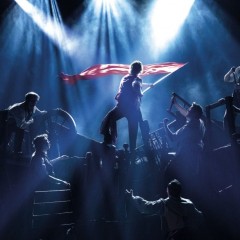 Recently, I got the chance to see Les Misérables, here are my thoughts on the spectacular performance...