The Red Shoes was performed at the Milton Keynes Theatre in Milton Keynes. It took place on Thursday 16th February 2017 at 19:30. This was the first proper ballet that I had ever been to see so I did find it a bit confusing because there were no words. I managed to pick up the main story line but I would probably have to go back and watch it again to completely understand it.

Act 1: The first scene took place in London at a ballet performance. We then saw behind the scenes at the ballet as they finished for the night. The next scene was where the main character, Victoria Page, is introduced. She dances for some of Countess Tamara’s guests at a party she has. Victoria is introduced to lots of guests, one of which is holding an audition for a new show called ‘The Red Shoes’. This is where Boris Lermontov is introduced, the director of the new show.

Scene 3 is quite hectic, with lots going on, but still very clear as to what to focus on. The audition contains Vicky, who is working her hardest to impress Lermontov. It works, and she is given a part as a ballet girl in his show. Vicky meets Julian Craster, the composer for the show, and they become friends. In one of the later rehearsals for the show, the prima ballerina falls and hurts her ankle, resulting in Lermontov giving Vicky the new part of the prima ballerina.

Scene 5 was set in Monte Carlo on the beach, where everyone is starting to get to work with rehearsing for the upcoming show. Vicky meets the premier danseur, the man she will be dancing with in the performance.

At this point, the staging changes to quite modern and very different to the set of the previous scenes. The prima and premier dancers are dressed in light coloured costumes, and all the others are in dark clothing. The two of them look very lost in the midst of all the other dancers. The prima dances with another man and the premier danseur looks for her but Lermontov (who is also performing in his own play) finds her first and shows her some red ballet shoes. The red shoes seem to hypnotise her and she is very interested in them. She follows Lermontov and the shoes down multiple streets until she decides to put them on; but they start to control her. The premier danseur tries to find her but he can’t get to her because there is a storm beginning. She gets trapped in the storm and she tries to get back to him but Lermontov has complete control of her and her shoes and she can’t get them off. She continually dances without being able to stop and the scene finishes here. The performance then skips to a scene where the premier danseur has become a minister and they are in a churchyard. The premier takes off the prima’s red shoes as she dies of exhaustion. This is the end of the performance and then the end of the first half.

Act 2: The first scene sees the dancers from ‘The Red Shoes’ relaxing on the beach in Villefranche-sur-Mer 3 months after the first show. This is where we see Vicky and Julian begin to fall in love. Lermontov realises that they have fallen in love and is not happy about it. Lermontov tells Vicky that she must choose between dancing and Julian and she simply chooses Julian and leaves Lermontov’s studio.

6 months later, in East London, Vicky and Julian are in an English dance studio and Vicky is still dancing, while Julian is still composing. Meanwhile Lermontov has made a plan to get Vicky back in his studio. Lermontov appears in the shadows and Vicky thinks she is hallucinating so she tells Julian and starts to get paranoid and scared.

The next scene takes place in Lermontov’s mansion. It is a split scene: on one side of the stage sits Boris and his lovely mansion, and on the other side, we see Vicky and Julian staying in a cheap hotel. Boris is very upset about Vicky not returning and Julian is getting annoyed at the lack of space they have to stay in. Vicky gets out her red shoes from a small box, which she has kept since the performance and decides to put them on one last time. She starts to dance and realises how she has missed it. She finally decides to return to Lermontov.

The next scene shows Lermontov celebrating the return of Vicky, and he offers her the chance to dance in ‘The Red Shoes’ once more. She accepts the offer and puts the shoes back on. Lermontov pulls her aside and gives her the choice that before she dances in the show again, she must choose between dancing or Julian. This time however, she cannot decide between them and Julian gets upset that she didn’t choose him. He leaves the studio and catches a train to get away from Lermontov. Vicky is torn apart at the thought of Julian leaving, and she is so upset that she jumps in front of the train that Julian has boarded and tries to kill herself. She injures herself badly and Julian jumps off the train and runs to her. Vicky’s final wish is for the red shoes to be taken off. Julian does so, as she dies in his arms. This is the end of the show.

The Red Shoes was performed at the Milton Keynes Theatre in Milton Keynes. It took place on Thursday 16th February 2017 at 19:30. This was the first proper ballet that I had ever been to see so I did find it a bit confusing because there were no words. I managed to pick up the main story line but I would probably have to go back and watch it again to completely understand it. 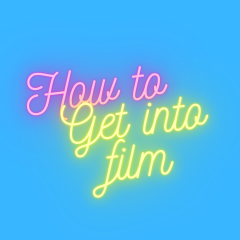