At the Imperial War Museum North there is a really interesting sculpture called Crusader. I hope you enjoy reading about it as much as I did writing the review and visiting it!

At IWM North, there is a huge mixed media sculptural installation called Crusader by Gerry Judah. It is white, in a giant 3D Crucifix shape. The piece is very sudden as you walk into the main gallery and truth be told, very foreboding. It gives a sense of power and grace at the same time. It made me think about war, peace and the concept of ‘holy war’. I thought it was very clever how the artist depicts explosions with sticks exploding out of ‘bomb sites’ and half constructed buildings to show destruction. It’s as if time has frozen in some huge battle all over the structure.

The Medieval crusades (or holy wars) were fought because the church leaders at the time told the people that God wanted them to fight a war. They took the cross as their emblem, hence they were called ‘Crusaders’. I believe that God very much wants peace not war, so killing hundreds of Muslims was almost certainly a political decision and nothing to do with God. Even now ISIS claims to be fighting a Jihad(Justified war) to kill/eradicate non Muslims because they believe God has told them to for the good of Islam. On the whole, there is nothing holy about war itself, even when (occasionally) the motivation is good.

I liked the sculpture and all the little details and the ideas surrounding it, but I wouldn’t want to see it every day because of its dark and foreboding nature. When I was researching this sculpture, I got very interested in Gerry Judah’s other creations. I hadn’t come across him and did not expect him to have done the things he has. His story is very interesting and I learned a lot about him. Some of his sculptures are breathtaking, especially some of the work he has done for car manufacturers. I would recommend you explore his work. 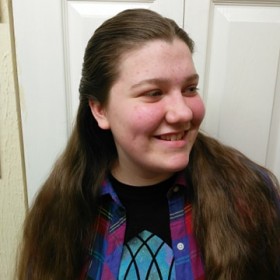 I am passionate about animals and art. I'm doing my Silver Arts Award and enjoying experimenting with Mixed Media. 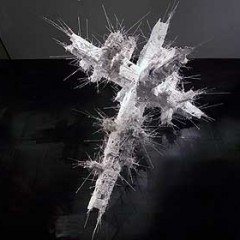 At the Imperial War Museum North there is a really interesting sculpture called Crusader. I hope you enjoy reading about it as much as I did writing the review and visiting it!