Voice MagReviewsWhere was this durin…

A bitter, middle-aged twist on every hopeless romantic's favourite play

Having seen a little of Lost Dog's work before (and I mean a little) I went in expecting a funny, meandering take on an old text, and was not disappointed.

This performance is perhaps not the kind of thing I would initially look for, particularly given the element of dance that nicks its way into the narrative. The story is a very frank look at the reality of long-standing relationships that takes its time to laugh at and, at times, align with Shakespeare's tragic version of love in 'Romeo & Juliet'.

'Juliet and Romeo', by comparison, fluctuates through all the seasons of a relationship, starting with the magic and raw energy of its birth, tripping blindly into the trials of life and finally drifting into a kind of obscurity where neither partner knows either themselves or one another and love has to be wrenched from the wrecks. The artists use movement to convey the power of raw emotion that so often ebbs and flows in any relationship worth having, be that bounding waves to convey the instinctive draw of a stranger’s gaze, or violent, frenzied acrobatics to illustrate the obstinate fury of a partner on the end of their tether. The script is playful with dialogue which jokes about the little niggles in the relationship, particularly concerning bad communication and the blurring of individuality over time.

No part is air-brushed, in particular the theme of parental frustration which brings humanity to a tale that can in other interpretations often seem dated and irrelevant. Passion for the original text shows through its incorporation in the sudden jumps from stark tragedy to bliss, reflecting the full complement of love, including its less palatable bits. I'll admit there were parts of the performance where dance seemed to me oddly opposed to what was going on, particularly towards the end of the performance, and pushed me out of the moment entirely. That said, while I was awkwardly squirming in those moments, others around me were bursting into tears, so maybe I'm an emotionless piece of granite. But then again, much of the dance I found surprisingly complementary to the feel of the moment and fit seamlessly- so in hindsight, perhaps my indifference to it in certain parts just shows my age.

The piece has something for everyone, which inevitably means they'll each take something different from it and this is especially true of the 80's soundtrack throughout. Some songs were well known enough to resonate with the audience as a whole, whilst others seemed to connect with a more select few. I'm not the biggest fan of dance, but if I did happen to have an unhealthy obsession with it and wanted to get someone else involved, watching Lost Dog would be how I'd start.

Lost Dog are, if nothing else, fascinating to watch just to see how they'll surprise me. More please... 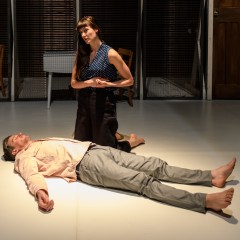 Where was this during my A-Levels?

A bitter, middle-aged twist on every hopeless romantic's favourite play 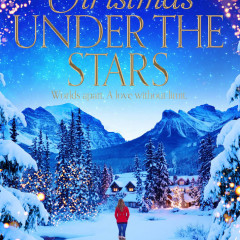 ‘Christmas Under the Stars’- Not unputdownable, but easy to pick up again.