As a theatre piece after 9pm, it was quite evident that ‘Nikolaos the Wonderworker’ was designed to be something a bit easy-going for those of us drinking early. With the juxtaposed fierce Yorkshire accent narrating against the festival jingle bell soundtrack; the audience knew that if they were expecting Juliet Stephenson doing ‘Othello’ they'd be better off looking elsewhere.

In this supernatural semi-staged rehearsed reading, we meet Jo (Juliet Stephenson). Dressed in her high heels and crisp blazer, she frantically dashes onto the stage after the heat of a business meeting. As a stressed Marketing Executive of fizzy drink brand ‘Kombackie’, she’s been faced with the challenge of driving up festive sales from competitor Coca-Cola. With her sugary drink addiction being likened to a nicotine addiction, she’s always counting down till her next hit. I’ve never had a nicotine addiction myself so commenting on if it was heavily dramatised is out of the question, but I did wonder if it was a bit too much for the situation. She very unexpectedly meets vending machine engineer Nikolaos, who seems to be the answer to her prayers.

Magician or engineer? Marketing or magic? It’s not long before the two collaborate and have planned a whole festive campaign, fit with a live television broadcast which the audience participates in. Modern tales become alive with the audience winning large sums of money! What’s more is that this isn’t a Derren Brown magic show, with actors clearly instructed; no, the audience genuinely had no idea what was happening.

What I particularly liked about this rehearsed reading was how writer David Aula, captured how easily it is for us humans to become easily (and almost willingly) manipulated. We were manipulated as audience members and against the festive backdrop, highlighted how easily we can be manipulated as consumers. The piece almost makes mass manipulation an easy task to complete. I also enjoyed the mix of poetry, live-streaming and movement to again aid the mass manipulation concept.

The only issue I had with this piece was inconsistent inaudibility of lines, whereby it seemed certain scenes had clearly been allocated more time to rehearse rather than other scenes. 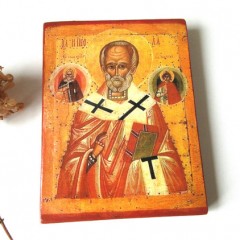