I am something of a musical theatre lover, so I was overjoyed to find a show all about it. I was even more overjoyed when that show turned out to be one of the best shows I’ve seen at the Fringe this year.

Classic tunes from big musicals such as Wicked, Matilda and Jersey Boys are performed amidst lesser-known shows including Seven Brides for Seven Brothers and Waitress. A rendition of Footloose is accompanied by some impressive dancing, and each number gives different members of the choir a chance to shine as they perform in groups big and small. The accompanying band is excellent, and when the entire choir sing together it is powerful and beautiful enough to give the whole audience goosebumps.

It isn’t perfect - a couple of mics are slightly too low, and a few of the transitions between songs are a little too long - but I would never have guessed it was their first show. I thought it had been playing all Fringe; in fact, I was gutted I hadn’t seen it earlier! They are all incredibly polished and every performer has a unique stage presence that draws the audience to each of them in turn. With their all-black outfits accented with the blue ribbon they all wear in either their hair, belts or shoes, they work together marvellously as an ensemble while never losing their individuality.

The worst part about Spotlight Show Choir’s Fringe show is that it is far too short. Why is it only 50 minutes? When they all start bowing it feels like it’s only been a few seconds since it began, and I - and the rest of the audience - could have happily watched it for another hour. I want to see this choir on the stage of the Grand next year, with an hour and a half show, playing for the whole EdFringe run. Maybe that’s a big leap from where they are now, but they’re certainly talented enough to get there. And if you’re a musical lover, like me, you’ll leave grinning from ear-to-ear; there’s few shows that will make you feel quite as happy as this one. 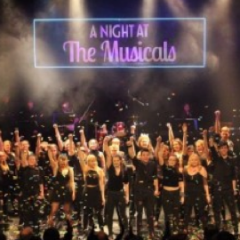 Spotlights Show Choir: A Night At the Musicals 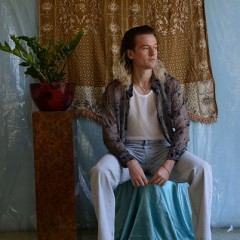