You probably think nothing could warm your heart more than Raymond Briggs' The Snowman, however you haven't seen the adaptation Briggs' The Bear at Edinburgh Fringe Festival.

One night, Tilly is visited by a very big polar bear, and the next day chaos ensues - it turns out living with a bear is not so easy. This play is ingeniously realised with a brilliant set which can become different rooms of the house in seconds, from bedrooms to the kitchen. Cue a huge and adorable puppet bear manipulated by Tilly's parents and the performance becomes almost magical, with the children and adults in the audience both enraptured. The bear stumbles around rooms, destroying almost everything in her path, but this does not phase Tilly who just wants to make friends and play with the bear. Their ensuing fun comes with special effects, including bubbles and spraying water, making the experience almost immersive and sparking joy in the young audience. The musical numbers in the show helped to add a little bit of life and liveliness, and to change the pace, contrasting with the slow almost ethereal movements of the bear, as well as the magical quality of the projections.

The show is beautifully put together and quite simply a lot of fun, for both children and their parents, with some of the humour well directed towards adults. The cast do a great job of carrying the production between just three people - and Tilly's character is full of the energy and exuberance of a young girl. It is the small details which add up to make this production work so well, however a few more could improve it further. Even as an adult it was somewhat disconcerting to see the head and paws of the bear pulled apart between scene changes - this must have been very odd for some of the children in the audience. It would have been better to keep the bear in character, or at least whole, until off stage to maintain the magic.

The Bear is a stunning production and a heartwarming show to entertain both children and adults who are kids at heart. It is definitely one for families, and bear lovers to catch while at the Fringe!

The Bear is showing at Pleasance Courtyard 21-27 Aug

Tickets can be purchased here 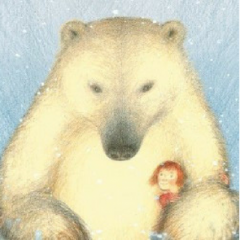 You probably think nothing could warm your heart more than Raymond Briggs' The Snowman, however you haven't seen the adaptation Briggs' The Bear at Edinburgh Fringe Festival.