Laugh along with up and coming comedy star Jacob Hawley.

Jacob Hawley’s Howl explores themes of the hypocrisy of internationalism, class issues and lad culture. With a few good one-liners and comically budget attempts at the physical theatre, Hawley seemed to have the audience on his side. From the origins of St Georges Day to the insult of the tampon tax, Hawley’s set touches lightly on topics that he’s obviously passionate about, framed by a strong narrative structure.

Although funny in places, considering the subjects Hawley wants to discuss I thought it was a little lacking in substance. I found myself laughing along until the final punchline, which seemed a little lacking in the awareness of the hypocrisy in the choice of the joke, considering part of Hawley’s performance is about pointing out the hypocrisy of others. That said, I think the humour just wasn’t for me in some places, touching on recreational drugs and getting drunk when someone’s in labour, with a few political pleas in between. Other members of the audience seemed on-board so if it’s your kind of topic you’ll probably enjoy this set.

Hawley obviously has a lot of raw comedy potential, a skill for comedy timing and call-back jokes and an eye for comedy narrative structure. With a good stage presence and a strong awareness of the audience he’s a joy to watch. It’s a good hour of entertainment if you’re not looking for that much satire and enjoy silly humour. There are some delightful attempts at theatrics and physical theatre which, as Hawley keeps reminding us, he’s got a 2:1 drama degree, adding to the ironic shambolism of these jokes. It’s a solid debut with a lot of offer and in a few years time I think the substance of the political narrative will match the talent of the delivery.

Check out Jacob Hawley’s Howl if you’re looking with a good laugh with an up and coming comedy star.

Find out more and get tickets: https://tickets.edfringe.com/whats-on/jacob-hawley-howl 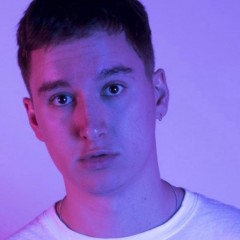 Laugh along with up and coming comedy star Jacob Hawley.