It has been years since I last saw Rhys Nicholson, and I thought he was great then. The Australian comedian had particularly acute gallows humour that seemed to divide the room, but I remember absolutely loving it. So I was more than a little excited to see what he was like five years on.

It may be a really strange thing to comment on, but one of the big things I noticed was that he seemed happier - notable not least because five years ago he claimed happiness was “nothing but bullshit.”

He makes a joke about having all his neurosis locked away but there was definitely more an air of positivity to him, which I enjoyed seeing. He's also in a relationship and he is due to marry his long-term boyfriend now that Australia has legalised same-sex marriage. It's just nice.

This isn't to say his underlying personality has changed. He is still scathing and sarcastic, with a sardonic streak that risks losing certain audience members, but resonates deeply with me. I actually felt a bit awkward laughing as much as I did, because the group next to me didn't seem to appreciate the humour at all. Not everything landed, but such moments were truly few and far between.

His set includes his proposal to his boyfriend, children, what happens to the elderly on cruise ships, and some drug use. There were also some reflections on the gay marriage plebiscite. All delivered with appropriate levels of sass and scorn.

Exceptionally dry, more than a little wry and with double dose of dark humour, Rhys Nicholson is an amazing standup, and if the above sounds like it appeals to your darker sensibilities then he is a must see. 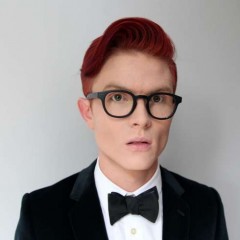 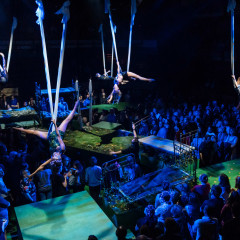