A star studded play that hits worryingly close to home

The country voted for Brexit in 2016. Leaving the EU is the will of the people. A transitional deal has been negotiated, meant to last 18 months but has now been ongoing for three years. Prime Ministers seem to be on a conveyor belt as they come in, fail to resolve the issue, and then get kicked out.

This is the situation we find ourselves in as we watch the new Prime Minister, Adam Masters (Timothy Bentinck) tackle PMQ. Celebrating his seeming ease with brushing away the questions, he is brought crashing back to reality by his senior political consultant, Paul Connell (Mike McShane). Reminding the PM that this is a honeymoon period, and that he should quickly come out with decisive action to get the Brexit negotiations moving, the PM confides that his master plan is to continue to fudge along hoping something better will come. Does that sound at all familiar…?

Trying to balance the two sides of his party out, he appoints Remainer Rt Hon Diana Purdy (Pippa Evans) to the position of Brexit Secretary, and the staunch, ideologically eurosceptic Rt Hon Simon Cavendah (Hal Cruttenden) as the Secretary for International Trade. Both have been promised favour by the inept PM, and continue to bicker and leak to the press.

At the same time, we see the first among equals meet with the Chief EU Negotiator Helena Brandt (Jo Caulfield). She exhibits the same level of incredulity and frustration that I suspect at least 52% of the country feel.

Things, as you might expect - and have almost certainly seen - do not work out well, and they quickly start to unravel, with the level of skullduggery and bickering you’d expect.

This play is a clever, all too accurate look at the current political situation, but it was far from perfect. Brexit is billed at 1hr 15, which personally felt flabby and could have been trimmed. Some of the jokes fell slightly flat, and there was an almost constant struggle to hear them over the much needed air conditioning - for whatever reason the performers weren’t mic’d up. Talking to people afterwards I found I wasn’t the only one.

I guess I also question quite what the show was aiming to achieve. Maybe I’ve just become accustomed to shows trying to push a political agenda, but Brexit doesn’t seem to say anything, more just hold a mirror up to our current political situation and say ‘Look, this is your future’. Maybe that’s what we need. Maybe that’s all there is. Just ridicule and bluster, with no answers and no solutions. A country doomed to suffer indecisive purgatory forever. Bleak really…

Anyway, the performances were strong from the whole cast, and the set was particularly effective, with lush wooden paneling and a gorgeous looking desk. This had the makings of a great play, but when you’re being so true to life with something as fudged as Brexit, you risk becoming equally protracted, and unfortunately Brexit fell into this trap. 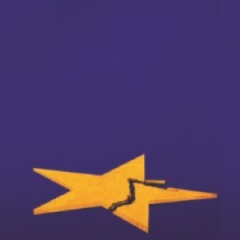 A star studded play that hits worryingly close to home