No seriously, where to even begin.

A graduate of Ecole Philippe Gaulier, Viggo has trained with the best when it comes to clowning, and it really shows. Able to use his whole body to elicit laughter, Viggo manages to make what are undoubtedly well rehearsed movements appear completely accidental and always funny.

This show relies heavily on audience participation. It’s always a risk, and I would say he perhaps didn’t have the best luck in picking people tonight, but Viggo still managed to pull it out of the bag. Metaphorically and literally.

There were a few carry over jokes from Thunderflop, specifically Viggo’s apparent love for cucumbers. Other than the fruit (yep, cucumber is a fruit), and the occasional running gag, there was absolutely no connecting theme, plot, or even rhyme or reason with this show. It was absolutely bonkers, completely unhinged, and ridiculous. I loved it. A masterclass in irreverent nonsense.

Yes, some of the gags came up too often and became a bit long in the tooth, but you will absolutely look past all of that as you’ll welcome the break to gather your breath. That being said, the parts that I didn’t think worked as well seemed to go down a hit with the (surprisingly large) Norwegian subsection of the audience. So perhaps your mileage may vary.

Nonetheless, Pepito is a brilliant, silly show and definitely worth your time. 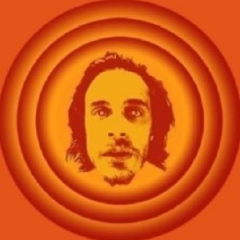