Some good comedy from Irish comic Alison Spittle about various stories from her life, some of the challenges you face as you grow up, and internet trolls.

The room is set-up well with a simple dressing - some pompom balls entwined with fairy lights in a few vertical columns on the back of the stage, and complemented well by the headband of flowers. It presents a live and innocent appearing comic - who isn’t gratuitous with her language, but not as kid friendly as you might think!

Throughout her set there are some laughs, however it’s full of anecdotes that are usually relatable and sometimes rooted in some context that you feel - 'how can this still happen in society?' The comedy is observational and touches on a range of topics. However there doesn’t seem to be a consistent thread, a story arc, or even a pattern of worries as I was expecting.

Unfortunately there’s not a lot to be said without revealing the range of stories, it doesn’t go beyond ‘good’ throughout and the audience at large were supportive but not raucous and there were definitely many jokes which tickled only a few members of the audience - maybe they related, but often the jokes hit only part of the mark.  It’s not an hour wasted, but it’s not an hour of unforgettable comedy and the lack of consistency means you just don’t keep hold of anything as a takeout. I’m sure that Alison is a good comedian - we see that at various points and there’s some significant issues tackled about society, but I’m not racing back to watch again.

More details and tickets at: https://tickets.edfringe.com/whats-on/alison-spittle-worrier-princess 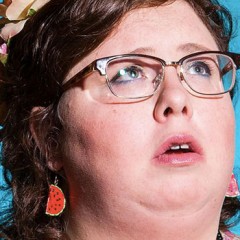 Some good comedy from Irish comic Alison Spittle about various stories from her life, some of the challenges you face as you grow up, and internet trolls.