Alistair Williams addresses a few very important issues in his show, such as the still-prevalent double standards in today’s society that allows females to hit males without much fear of repercussion. Stories of having a girlfriend who was an MMA fighter are amusing and approach this topic well, but much of his material felt slightly lacklustre.

It was a tough crowd, which seemed to throw Williams slightly, as pauses that may have been intended to allow for laughter became somewhat awkward silences. His ideas are good and his topics have a lot of potential, but I often found myself wishing he would take them slightly further. He could have done more with the idea of Britain having no friends or our ignorance of Dyson’s genius. What he did was fine, but didn't excite me.

Towards the end it felt a lot like he was killing time, and I found myself wishing I had laughed more, but for a lot of the time the most he made me do was smile. He’s got a lot of energy onstage and some interesting ideas, but doesn’t do enough with them in this show. He definitely has promise, though.

Alistair Williams: Great White Male is on at 17:25 at Just The Tonic at The Caves until August 26th, excluding the 13th. For more information and to purchase tickets, visit the EdFringe website. 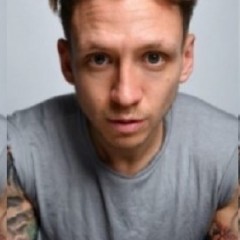