A touching story told in a lively and dynamic one-woman performance.

Dangerous Giant Animals is a one-woman show that tells the story of Claire, who grows up alongside a younger sister with a severe disability. On an understated stage, Christina Murdock builds the world of the character by using narrative description and reactions to explore what’s happening, showing the ages of Claire through the years and her interaction with her younger sister. It's a lively performance and well-sustained by a single actor for an hour.

However, there were moments where the physical storytelling style was flawed – at points of high conflict where there was more of a physical interaction with the characters it did get confused, and the orientation of the movements became garbled. However, there was a clever use of lamps to build shadow and a nice use of live singing to bring texture to the show.

I question any show that feels the need to break character and explain to or challenge the audience on what they think the show is about. To me, this says that the artist is not confident in their work and the message it’s portraying. Murdock describes to the audience how the show challenges what goes on in the care world behind closed doors, a worthy topic to explore, but I doubt this message would have come across if the actor hadn’t described this to me. The story is small and personal, and although in many cases this can be used to represent a wider issue, in this case, I’m not sure it came across. Although that’s not an excuse to use the direct narrative to the audience, it should be wrapped up in the show. The ending also dragged on a little bit and I couldn’t help but feel this show needed a good edit.

That said, Murdock gave a good performance and sustained interest for a full hour. There were enough movement and scene changes to keep the pace and energy lively, but I did feel let down at times by the lack of diversity in Murdock’s performance to portray the different ages or characters.

Dangerous Giant Animals is a touching story, one that needs to be told in many different guises and Christina Murdock gives an interesting performance.

Find out more and get tickets: https://tickets.edfringe.com/whats-on/dangerous-giant-animals 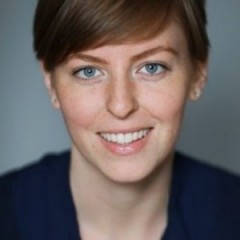 A touching story told in a lively and dynamic one-woman performance.