Bizarre and discomforting yet hilarious. Feed will take you to places that make you loose all sense of reality.

On the brochure for Feed there is a quote: “What’s right isn't always popular. What’s popular isn't always right” by Howard Cosell. This play explores the concept of ‘attention economy’ and how technology and the internet feed off that which will get a response or what is popular. In the age of the internet we are drawn by things that excite or capture our attention, not things that matter. It begs the question, ‘what is technology doing to humanity?’

This play looks at the effect technology and the internet are having on our morals, ethics and on humanity as a whole. The play is headed up by an SEO specialist, a struggling journalist and a young Youtube star. We see each of their disturbing and worrying thoughts as they strive for ‘success’ and recognition. The SEO specialist employs remorseless tactics devoid of any morals as he tries to drive traffic to his websites, while the journalist violates the truth as she does anything she can to write a successful story that will go viral. It doesn't matter about the truth - if it gets the attention, that’s all that matters. This is the world of clickbait culture, fake news and cyber gluttony. It may sound dry, but this theatre troupe will truly make you realise exactly what we all need to be conscious of in the technology age.

The idea that “the internet serves only to promote global unity and citizenship” is ridiculed with originality in this satirical comedy. I am reminded of the recent Cambridge Analytica scandal, and the pathetic attempts Facebook has made to repair its reputation; if you’ve seen the enormous ad-campaign since the scandal which attempts to re-identify Facebook as a selfless and ‘humanity-serving’ business, you will get my point. It's all lies.

As part of the set there are ‘TV screens’ around the edge of the stage which the actors climb into and act out cringe-worthy adverts. You have to see it to understand but the effect is hilarious as the consumerist and capitalist nature of advertising is satirically ripped apart, aided by the actors energy and enthusiasm.

The real tragedies of the world are lost in the selfishness and self-interest of others. We share, tweet, and comment our outrage at unethical causes such as animal captivity and war-torn countries, but what is this actually doing? We use these causes for our own gain, to feed off the attention to promote our own careers. It brings to mind the distasteful PR stunts celebrities are encouraged to take on to help their image. Does the media coverage and public attention that comes with being a charity ambassador weigh into that decision at all? If they got nothing in return would they still do it?

The dark side of humanity, or rather the sadistic nature capitalism and technology promote in us, are laid bare in this satirical comedy. Darkly funny and well worth a watch for the wake-up call we all need. 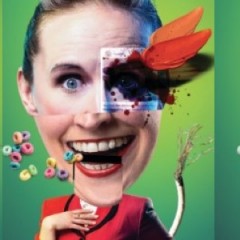 Bizarre and discomforting yet hilarious. Feed will take you to places that make you loose all sense of reality. 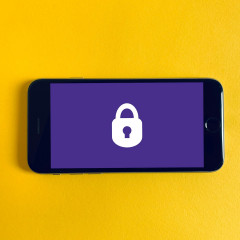