A funny, emotional and totally unrelatable show by a charming - and completely fascinating - comedian

Tom Houghton’s life isn’t one most people have much in common with, but he proves that you don't have to relate in order to enjoy his incredible tales about living in the Tower of London, the three times he was arrested, or accompanying his father to the House of Lords for his induction into it (his father’s induction, not his!).

As a posh Brit with personal experiences with even posher Brits, Houghton makes fun of the ridiculously pompous nature of the upper class whilst never losing sight of his own position in it, which is rare and endearing. He is instantly likeable and commands the space well, and frequently uses movement effectively to enhance his hilarious impressions of the nobility.

The set is well constructed, with several jokes that reappear throughout the hour, cleverly weaving together each element. The transitions between each topic are slightly clunky, but I have no doubt he will naturally smoothen them out over the course of the run.

There is also an emotional side to the show, with a candid confession from the comedian of a time he really, really messed up, something the oldest son of the Chief of Defence Staff really can’t do. I have a lot of respect for someone who can stand in front of a crowd of strangers every night and admit to something they did wrong, and that they’re ashamed of; it’s an incredibly brave thing to do, and I think it shows that Houghton does deserve the title that’s been thrust upon him.

I’ll definitely be looking out for him in the future, and I think you should too - he's going to be big!

Tom Houghton: The Honourable is on at 20:10 at Pleasance Dome until August 26th. For more information and to purchase tickets, visit the EdFringe website. 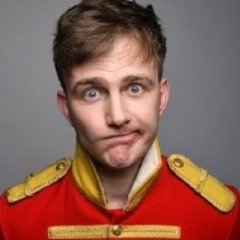 A funny, emotional and totally unrelatable show by a charming - and completely fascinating - comedian