This is a show about the irrational pursuit of the absurd.  Richard is amenable and generated some bursts of laughter.

The show as a whole was incredibly high energy, which was impressive given how very hot the room at the top of a building, framed with an intimate audience on either sides.

Speaking of sides.  There were many asides in this show.  Some were of course funny, some just set him offtrack from his story, and some just added to the likability.  However, focus is key; keeping the audience engaged in a situation like this is important. Laughs were delivered as I say, but it was not an hour full of laughter, or even of build ups.  It was loosely strung together stories of a man with obsessions. Insightful maybe, and everyone there will relate to something. The physicality of the piece was an excellently redeeming feature - it demonstrated how hard he was working with a stand up set, but it didn’t carry the show to anything exceptional.

Something telling, albeit adding to the likability again, was the fact he realised he had missed a joke out of one story. At the end of the set he came back to it; explained very well that he knew it won’t be the same, but delivered it anyway for our benefit. He was right, it was a good joke, but left left the show out of kilter really.

This is one of a number of shows where audiences could come out, compare notes, and could easily confuse who saw what. Nothing about the show was especially unique. Enjoyable, perhaps not helped by the fold out chairs in a low ceiling room. I’ve seen better, and I’ve also seen a lot worse.

More details and tickets at: https://tickets.edfringe.com/whats-on/richard-todd-we-need-the-eggs 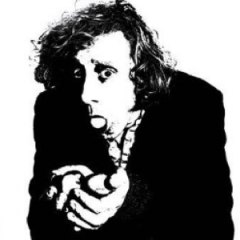 Richard Todd: We need the eggs

This is a show about the irrational pursuit of the absurd.  Richard is amenable and generated some bursts of laughter.