Voice MagReviewsDi and Viv and Rose…

This play blew me away. If I try to describe the play to you, it sounds dry, or perhaps overly sentimental, so I won’t, other than it follows the friendship of three women into adulthood. This play was authentic and portrayed beautifully flawed humans. It’s understatedly powerful. A portrayal of real human affliction as we try to deal with the confusing and complex obstacles that life throws at us. I needed time to recover from this afterwards. Genuinely.

The characters were vibrant enough to be captivating and just flawed enough to be real. In fact, there was so much depth and complexity to the characters that it feels like they’ve been written again and again by someone who’s got to know them over many years. All three actors had such a captivating stage presence, and I felt like I could sense a genuine friendship between the cast. Between the writing, acting and directing, all three characters showed an authentic complexity in the way they spoke, moved, and built tiny naturalistic details into the characters that made them feel even more like real people. Every character had something to admire and was equally flawed.

The play covers issues such as rape, female sexuality, marriage and careers and identity. I had genuine tears and laugher. At times, it made me laugh and smile at the silliness of the characters, and at others want to bawl my eyes out because some things are just too real and hard to digest. The only downside to this play was that it was only an hour – but let’s not forget it’s a condensed version of a longer play. It deals with so many big life obstacles in such a succession of scenes that at times it had a feeling of moving on from quite heavy themes a little too quickly.

There was definitely magic happening on the stage. I would love to see these three actors again, they had a great dynamic. I would love the chance to experience the full-length show but for now, this satisfied my Di, Viv and Rose craving.

For more details and tickets:  https://tickets.edfringe.com/whats-on/di-viv-rose-in-an-hour-by-amelia-bullmore 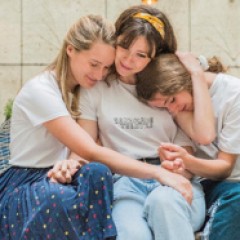 Di and Viv and Rose (in an hour)