If you’re looking for a relatively easy to get on with bit of entertainment sprinkled with skilful magic and a touch of strong acting, then this show is for you. It’s pacy, interactive and will cause conversation if seen in a group.

This is not a magic show specifically.  It’s meant to be theatre with magic, I think.  It’s full of audience interaction with a considerable amount of recall.  It helps to cause laughs and contributes to the gentle enjoyment of the show - we all love it when someone is squirming under the pressure.

However, it’s mostly a bit ‘over acted’ or ‘staged’.  Another way to see it could be very well rehearsed, and to give both performer credit - they do play off each other very well.  And the slight over acting feel does contribute to the comedic style of what they are doing.  If they’re trying to not be too serious, then they’re achieving that.  However, there is an underlying narrative and they seem to build to a somewhat poignant point.  But getting there is zig zaggy.  The story is good, but as we left the venue there was much muttering about ‘what happened’?  it’s entertaining, gently enjoyable and good for a light afternoon, but not altogether easy to follow.

Some of this craziness and pace certainly helps in the misdirection and contributes to the odd astonishment of a trick materialising - sometimes suddenly happening without you realising it was building up to one.

There’s some good tricks - ones you expect to see maybe; there’s good energy throughout.  And David Aula presents a couple of minutes of more dramatic acting which shows exceptional promise.

This is a show I wouldn’t rush to see, but if you’re looking for a light start to your afternoon it’s a good choice.

Check out the show video:

Header Image Credit: A still from the trailer 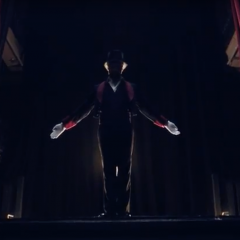 If you’re looking for a relatively easy to get on with bit of entertainment sprinkled with skilful magic and a touch of strong acting, then this show is for you. It’s pacy, interactive and will cause conversation if seen in a group.