I saw Morgan and West: more magic for Kids! At the West End Centre.

I wanted to go to this show because… well, I didn’t actually choose to go to this show, my mum did, she even invited Lizzie, Dominika and Dominika’s little brother Simon to go with us, which was kind of the only reason I went -but it was worth it in the end.

At first it didn’t seem that interesting but when the show started it was much better and much funnier than I expected.

I think that my favourite part was one of the last tricks, when Mr Morgan was cut in half, and then put back together. I found it really funny because Mr Morgan kept screaming and asking Mr West to get him stuff like teddy bears and candles.

I learnt many things, including that anything can be turned fun if you know how to, and that magic tricks are most amazing if you watch them live, there is a HUGE difference in real life and telly you know.

Don’t even dare ask because the answer is obviously Not going to be; yes, I enjoyed it,

It’s going to be a: I DEFINITELY enjoyed it:) 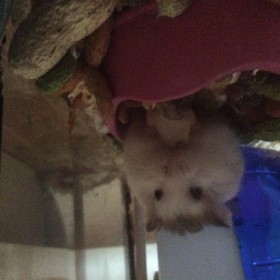 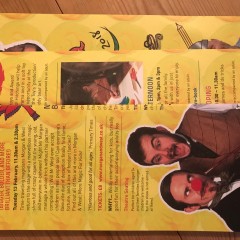 I saw Morgan and West: more magic for Kids! At the West End Centre.