I saw Lion King at the Lyceum Theatre, London. Based on the Disney animated film, The Lion King premiered on Broadway in 1997 and The Lion King London opened in October 1999, playing to packed houses ever since!

I had read and heard great things about the Lion King and I was so excited to see it.

The whole cast played brilliant roles and made the characters come alive, but personally my favourite was the character ‘Rafiki’.
Brown Lindiwe Mkhize, played the character Rafiki. In the movie, Rafiki is a male baboon, but I liked the fact that it was a female in the musical. Many of the main characters were male, so a female ‘Rafiki’ evened it out. I thought her vocals were amazing and she had a great range to her voice.

When the show first started I was a little bit overwhelmed, but as the show moved on I became more involved in the story, I did not want it to stop for the interval. Personally my favourite and most interesting part was the way the actors moved their bodies to mimic the animals and made it look so realistic. When I was younger I was massively into gymnastics, so seeing a dance form that was so athletic, really transported me from the theatre. It was really inspiring.

I greatly enjoyed the experience and most of all loved the music, it was a once in a lifetime opportunity.

My name is Sophie and I am doing my bronze arts awards. I like dancing, being creative and rabbits. 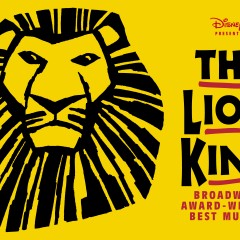 I saw Lion King at the Lyceum Theatre, London. Based on the Disney animated film, The Lion King premiered on Broadway in 1997 and The Lion King London opened in October 1999, playing to packed houses ever since!