As I arrived into The Warren's 'The Blockhouse', Bus Boy (Sean Guastavino) is sat on a bike with Jerry (Izzy McDonald) on a platform behind. Jerry talks about having gravel between her toes and an unforgettable night for the two of them. Then, we proceed to see the events of that day including a "bus ride", a party, and a grand theft auto all taking place in the tiny Rottnest Island, Australia.

One of the best things about the performance was the strong characterisation of Bus Boy and Jerry. The piece felt very natural and Sean Guastavino did an excellent job of portraying a guy who we later discover is on the Asperger's Spectrum. Bus Boy is trying to navigate the world and understand what is right and what is wrong. Sean's portrayal felt realistic and showed the confusion and anxiety that can come with being on the spectrum. Many people on the spectrum have strong interests, obsessions even and, as the name suggests, his character was obsessed with buses and dreamed of being a bus driver.

I do feel like this piece was a bit slow, especially at the start and I found the ending to be a bit vague. The actual speech was interesting but I feel as though it could have been performed differently to better engage the audience at those points. However, once the piece started and more of the story became apparent, I was engaged and intrigued. Rorschach Beast have the potential for turning this piece into something extraordinary. I think with time and a few changes to the beginning, this will happen!

'Bus Boy' explores the idea of morals, whats right and whats wrong and whether someone can truly be a "good guy". It is charming and intriguing but I feel it still has progress to make. That being said, it was nice to see a piece of theatre that was brave enough to talk about Aspergers and morality. 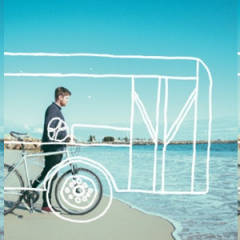