Four brave adults stand for those who were afraid to.

Returning back to Werks Central, I was particularly excited to see this show. The name had caught my attention, but it also tackles a subject close to my heart as someone with autism.

Upon entering Studio 2, I noticed that the stage was occupied with the following: four actors, four chairs, a table with books & sealed CD’s on it, a clipboard, a microphone, and some corner speakers providing audio. The books & CDs were later sold as merchandise sales after the show.

The Stealth Aspies Company is the world’s first performance collective, and this show was comprised of Janine Booth, Alain English, Sarah Saeed and Paul Wady.  Together, they told us the personal stories of autistic people, and how they received their diagnosis, how they lived their lives and how they eventually stopped pretending to be normal. Then the actors themselves shared their story.

The show provided humorous moments, poetry and spoken word that opened a window to these people’s lives.

To me, experiencing the show was a breath of fresh air, to know that I’m not alone in this world - that there are others out there like me. One of my personal goals is to raise awareness of my gift - and the actors here contributed to that goal. The audience was mostly quiet throughout the whole thing, but it was a good thing - that meant the audience listened and understood. Also, the stories and poems were told not just with speech, but with body language as well - further showing what life is like for those with the gift.

Overall, this was a great show to end my Fringe year and I recommend it to those who wish to understand more about my special gift. 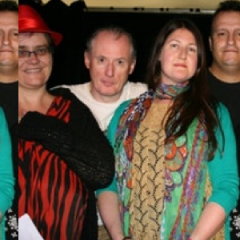 Four brave adults stand for those who were afraid to.