Saturday night, cider in hand, I sat in the Black Dove’s cosy downstairs cave. An intimate, groovy little space, perfect for hosting comedy. Being a front row person from hell means I’m usually pretty unreserved about expressing myself, and usually at comedy gigs this reaches the heights of a giggle or chuckle to myself. But during both William Stone and Simone Belshaw’s sets I laughed. I laughed big outrageous throw-your-head-back cackles, I choked a little bit on my drink, I (keeping it fresh for the kids), LOL’d, as did the majority of the well crammed in audience from start to finish.

Our MC for the evening was a plastic, pink, at some times slightly terrifying, Dream Phone; a 90’s board game relic, which was a great choice and added the touch of comically forced fun that ‘Pals’ is going for, alongside their, actually, pretty good party bags.

Simone Belshaw’s at first seemingly adorable awkwardness is swiftly undercut by sarcasm and subtle feminism, with just a touch of filth for good measure. Her use of repetition and absurdist analogies put me in mind of Stewart Lee; a ridiculous build up followed by a cracking unexpected punch line. Belshaw’s comments on cat calling were hilarious, and I’m sure I wasn’t the only one in the room resonating with her undercurrent of cynicism and subsequent mockery, joyful at the totally bonkers asides which kept Belshaw’s set so bright. This was also maintained by not only having such a broad range of bizarre topics in a half hour set, including a brief recital of some slightly maniacal poetry, but also in having such a lively and positive stage presence. I found her to be hugely watchable and would have loved to see a longer set.

William Stone tells one-liners that make you think ‘I wish I’d written that’. Introduced again by our creepy phone friend, he ensures every moment of silence is meant, and drawn out to almost uncomfortable stretches with excellent comic timing. Stone’s quick-witted writing style is contrasted by his awkward on-stage persona, and both are hilarious, belting out snappy gags supported by great characterisation, and touching on clown-like physicality. Stone’s material meets a welcome junction between the fading art of telling jokes, and refreshingly contemporary content, blowing any ideas that one-liner’s are old fashioned completely out of the water. These are what good jokes should be; clever, silly, and memorable.

My only criticism of this show is I wish it had been longer. It’s very simple - if you like comedy that makes you laugh, go and see it! 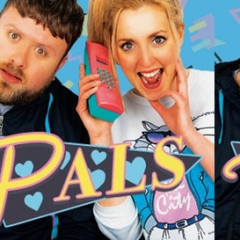