Pete Strong’s latest stand up show holds plenty of potential but ends up being utterly shameful.

The premise of Pete Strong’s latest stand-up show is certainly promising, as he describes his intention to explore and dissect the feeling of shame, both collective and individual. However, throughout the bizarre twists and turns of his numerous sets, we are left with something far shallower than initially promised, and a disappointingly average hour of comedy.

Strong’s act started strong, as he opens with a uniquely comic mindfulness activity in order to engage his audience. In a bizarre but hilarious sketch, he asks us to close our eyes and imagine we are in a rainforest whilst audio of the environment plays, then in a shack in a rainforest, then in the basement of the shack in the rainforest. The audio starts to omit a screaming which we are told to ignore. It is only a slightly stressed bird. The exercise leads us in a hilarious circle that successfully engages the crowd, and whilst it seems slightly pointless at the time, upon learning later in his act he recently took up therapy it seemingly engages a comic emotional catharsis.

Whilst his opening act holds onto a bizarre structure, as Strong’s show progress’ it is clear organisation is not one of his talents. He frequently goes off on tangents of stale observational humour on topics from marriage to mental health to his Northern Irish background. Only rarely does he actually come back to the theme his show is named around, and attempts to link back to his supposedly overarching theme are tenuous at best.

In perhaps some attempt to provide his show with structure, different topics are sectioned off by reciting a number of comedic poems he has written. It would be a unique way to link together the different topics explored within his stand up set if there was any sense of credible linking, which is unfortunately non-existent. Whilst occasionally entertaining, these poems often fall flat and appear to be a way to fill up the time of his allocated slot.

A promising concept and opening act is unfortunately not enough to save Strong’s stand up performance. A lack of organisation and tendency to veer off topic frequently leaves a rather empty performance with plenty of disappointing moments. What a shame. 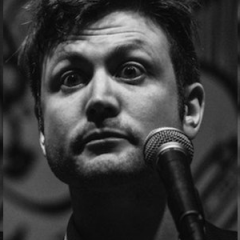 Pete Strong’s latest stand up show holds plenty of potential but ends up being utterly shameful.