Voice MagReviewsWar Horse at the Bra…

A review of the National Theatre's production of War Horse on tour at the Bradford Alhambra Theatre.

On the 28th February 2018, I saw the production of War Horse at the Bradford Alhambra Theatre. The production is recently celebrating it's 10 year anniversary. The National Theatre's production is an adaptation of Michael Morpurgo's children's novel War Horse. The production uses life sized handspring horse puppets created by South Africa's Handspring Puppet Company. The story tells the relationship between a young boy called Albert and his horse Joey, who is sold to the British Army at the out break of World War One. The technical aspects of the production use little set, with a projected backdrop shaped into a ripped piece of paper with projected images and landscapes to usher the audience to each scenes set location.  Each horse puppet is operated by three puppeteers, the Head (who operates the head and ears) the Heart (who operates the horses front legs and the horses breath) and the Hind (who operates the two back legs and the tail) The incredible puppet's design makes no attempt to hide the puppeteers from the view of the audience, however the puppeteers do an amazing job of in-fixing the audience to the puppets by creating realistic horse mannerisms.

This award winning production is suitable for all ages and I would highly recommend seeing this increadable production. War Horse is currently on a UK tour until 2019. More information can be found at http://www.warhorseonstage.com/ 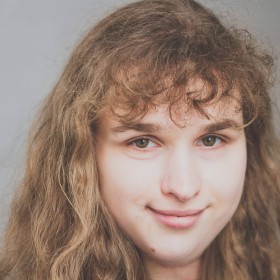 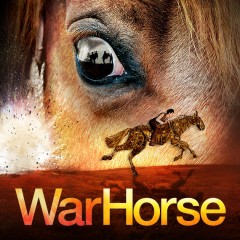 A review of the National Theatre's production of War Horse on tour at the Bradford Alhambra Theatre.