An impressive cast of 20 perform in this intense show about the lives and struggles of teenagers who are dealing with mental health issues, and how they affect their interactions with one another and with the rest of the world.

There were some real standout performances, with Chelsea Hillier in particular shining as Heather, a girl whose mother abuses her, and a lot of the interactions between cast members were very naturalistic, which I really enjoyed. There were a few weaker actors, whose characters I found it harder to sympathise with because they were less believable, but as a whole the cast had a good dynamic and played off each other well. Unfortunately, the script itself sometimes made that realism difficult, as there were pieces of dialogue that sounded very unnatural, but overall the actors did well with the lengthy and emotional monologues and dialogues they were given.

One flaw I will mention in the play is that the plot was difficult to understand, and seemed somewhat irrelevant, as it (rather understandably) took a backseat to the struggles and challenges faced by each of the characters. That itself isn’t an issue, but the plot wasn’t entirely clear - they were all in some kind of home, and there was an older woman who kept talking about the grieving process, but nothing actually seemed to happen, and then suddenly they were leaving and I still didn't know why they were there in the first place. This was something I realised more after the play had finished, however; it didn’t detract too much from the show itself.

An incredibly emotional and difficult subject matter is tackled sensitively and passionately in this show, and I loved how unflinchingly and unapologetically it made the audience face mental health issues and how we as a society still cannot fully accept those who suffer from them. It is something that needs to be talked about more, and this show is a brilliant way to raise awareness.

To read more of our mental health coverage, check out our Voice in your head Voicebox! 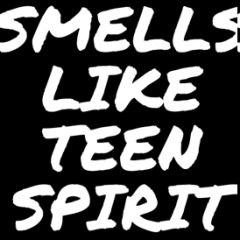