A variety show with different types of humour, so there’s something for everyone

Like all variety shows, Best of Fringe: Early Show had lots of, well, variation. Lindsay Webb, who hosted the show, was very good, setting up the show with some funny, quick-fire jokes that had the audience laughing from the get-go, and the first few comedians kept the laughter coming. The first comedian, Darren Sanders, was one of my favourites; charismatic and charming, he interacted well with the audience and filled his time slot easily, so that it passed in what felt like seconds.

The following comedians, Steve Bennet, Eleanor Conway and Cameron James, performed similarly well, feeding off the audience’s energy and using content from previous acts to create recurring jokes which never got old. Conway was a particular highlight, her infectious and outrageous energy filling the room effortlessly and keeping the audience in hysterics throughout her piece. Bennet’s ridiculous songs with ukelele accompaniment were also highly enjoyable and he soon had us all singing along.

The rest of the line up, which included Seymour Mace, Shane Dundas and James McAnn, I found slightly less amusing, and it felt like the mood and energy in room dropped a little and wasn't really picked up again. It was a bit of a shame because the first 45 minutes of the show were so good, but I’d say it was still worth seeing. It’s definitely a good way to find other shows to see! 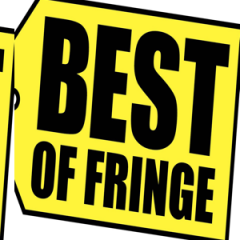 A variety show with different types of humour, so there’s something for everyone