On Wednesday 13th of December, I went to see the Wizard of Oz at the Crucible theatre in Sheffield. It was an adaptation of the much loved original musical on film that works amazingly on stage.

If you don’t know the plot of this timeless classic, I’ll give you a quick overview. Dorothy Gale, played by Gabrielle Brooks, is a girl who is often cast aside at her family ranch in Kansas. That’s until a tornado sweeps her and her faithful dog, Toto, away to the faraway land of Oz. The only way back home to Kansas is to find the fabled Wizard of Oz who can use his magic to transport them back. She must do this at the same time as avoiding the Wicked Witch of the West, who wants revenge on Dorothy after she landed on her sister, the Witch of the East.

The show was performed on the main stage at the Crucible which is a thrust stage which means the audience were seated in front of and to the sides of the performers. The floor was made to look like cobbled bricks and the entire stage lifted at certain points in the show when Dorothy travelled between the two worlds. This was impressive and also made Oz seem like a much more magical place. Dorothy’s family ranch also had some secrets hidden up its sleeves. For example, when the tornado first came, members of the ensemble came and took panels off the walls of the small ranch to show that it was being torn apart by the winds. I thought that that was a clever way of showing something coming apart. The ensemble also helped in other parts of the show. In addition to providing some a Capella singing when scenery was being moved around, they provided props to the performers as they were sat between the audience and the stage during the scenes in Kansas. I think that this method was a lot more impressive than using stage managers to move scenery around. All of these aspects really made the performance seem unique and different which was nice to see – I think that a difference to the original film was nice to see.

Seeing as though it was a musical, they had to have music, and trust me, it was amazing. A live band played for all of the songs and at the start, you could see them playing through a sheet of painted material that acted as the sky. Every time a new aspect of the play was introduced, a major character or place, a song was performed to give whatever it was character. The songs were mostly the same as the ones from the film which provided the audience with a feeling of familiarity to the characters and plot line so that they were more comfortable.

The show implemented puppetry as well which was very interesting to watch. For example, when Dorothy was in Kansas, Toto was played by a real dog. But when they were transported to Oz, Toto became a simple puppet. The simplicity of the puppet really gave it a magical feel and the puppeteer, Rhiannon Wallace, was on stage with it all the time and showed a lot of Toto’s emotion through her body language which made up for how limited the puppet’s movement was. The wizard was also a huge mechanical looking puppet operated by one person again, but he was hidden behind the puppet. The puppet gave the wizard a more menacing feel and really emphasized his character of someone who hides and lies.

One of the highlights for me was the tornado scene where Dorothy was transported to Oz. The ensemble had a big part in it as they got up and took scenery from where it was on big loops round the stage until it was taken off stage. The light flashed and the band played intense music to give the seen a lot more depth and made it seem more real. I would definitely recommend this show to anybody who enjoys a good time with a good few laughs. Any age can enjoy this show as all of the audience seemed to be enjoying themselves and were made up of all sorts of ages. 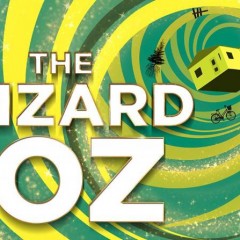 On Wednesday 13th of December, I went to see the Wizard of Oz at the Crucible theatre in Sheffield. It was an adaptation of the much loved original musical on film that works amazingly on stage.