A review of the 2013 novel-to-screen adaptation of The Great Gatsby, directed by Baz Luhrmann.

The Great Gatsby is a classic on paper, studied by thousands of A-Level students on the UK syllabus each year, so when the movie adaptation directed by Baz Luhrmann was released in 2013 students and adults alike were ready to see whether the novel would translate to a classic on-screen – and with the assistance of some clever casting and vibrant visuals - that it certainly did.

The movie follows the perspective journey of writer and wall street trader, Nick Carraway (Toby Maguire) who moves in next door to his mysterious neighbor, Jay Gatsby. (Leonardo DiCaprio) In his time living next door to the millionaire who holds lavish parties yet barely attends them, Nick becomes curious to meet the man behind the name and slowly weaves his way into the tight social circle of the upper class. Nick discovers Gatsby is, and has been for the past five years, in love with a pretty girl who lives across the bay, Daisy, yet she is already married and in a tale of love, lies and luxury the audience gets a glimpse into the man that was The Great Gatsby.

The style of the movie with its heightened colours and glamorous sets immediately immerses the viewer into a land of plenty, but it's the characters originally created by Fitzgerald that really bring the plot together. DiCaprio's performance somehow brings an innocent and enchanting edge to a man who we should really dislike – he is involved in illegal bootlegging and is in love with a married woman, for God's sake! And likewise, Maguire makes Nick's uncomfortableness within the elevated lifestyle something that somehow is comedic to watch without leaving us shifting in our chairs. Luhrmann and Craig Pearce who did the screenwriting for the adaptation stuck very much to the original novel – Fitzgerald's exact words overlaying the action happening on-screen at times; which has divided many critics opinions with some declaring that the film overcompensates with visuals where the author simply left the reader to wonder, or saying that the party sequences appear like over-staged extravaganzas. However, I disagree. What does it matter if the director has chosen to take the details explicitly? Luhrmann has created a unique style as an auteur and on the most simple of levels made a visually stimulating spectacle in doing so, which is more than can be said for other book to movie adaptations.

So, no, The Great Gatsby is not movie perfection in the eyes of all, but for me it is certainly a piece of escapism that translated pretty well on the big screen. It goes to show that even without Gatsby in the focus all of the time, the movie due to it's mise-en-scene, colourful characters and editing still has the power to be well and truly, great. 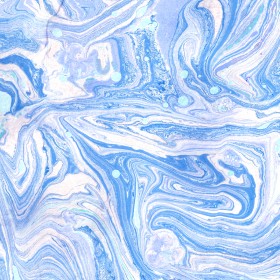 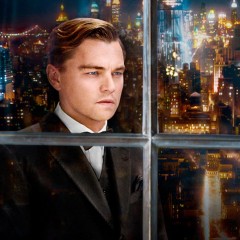 The Great Gatsby - A Colourful Classic

A review of the 2013 novel-to-screen adaptation of The Great Gatsby, directed by Baz Luhrmann.