Andrew Lloyd Webber's Tony Award-winning production set in the late 1940s Hollywood is based on the 1950 film noir by Billy Wilder. It tells the tale of a disappearing silent movie star Norma Desmond, played by Ria Jones, as she hires a young, broke screenwriter to help her plan and stage her comeback, or "return".

Rich, self-admiring and slightly crazy, Norma is the perfect sugar momma for the suave writer Joe Gillis, played by Strictly Come Dancing's Danny Mac, giving him the lifestyle he always wanted. Or so he thought until he meets the young, fresh-faced 22-year-old Betty, played by Molly Lynch, whose announcement of love for him is something he couldn't resist.

As we sit in the theatre, the overture starts, a black and white Paramount Pictures title is projected onto the back, and we are transported to sitting in an old movie theatre. The use of the old-fashioned film cameras throughout the show makes it seem like it is all a movie.

From the moment Mac appears from the shadows, he has the audience in the palm of his hand. He guides us through the story, like our friend, as the madness of Hollywood is revealed in front of us.

Ria Jones portrays the dramatic Norma perfectly, with her exquisite performance of "With One Look" leaving the audience in silence! My particular favourite moment was her grand entrances, down an elaborately draped staircase, and in glorious outfits too, designed by Colin Richmond.

The ensemble never fails to make the audience laugh, seeing them in action on set to getting a bit merry as they sing in the new year to "This Time Next Year". With simple but effective and crisp choreography by Lee Proud, the overall spectacle of Hollywood is perfectly portrayed!

As a fan of director Nikolai Foster's work, his use of visual effects is simply stunning, with the car chase scene being my favourite. With the use of silent films playing in the background, it all adds to the passion of the movies.

I would urge you to see this energetic and moving show - and not just to enjoy Ria Jone's incredible performance as Norma Desmond. 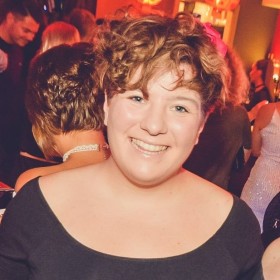 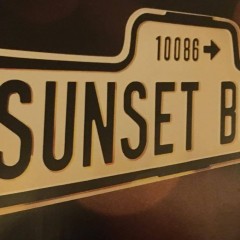 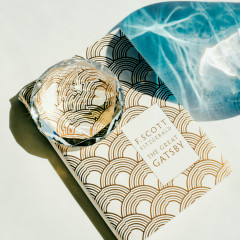