Voice MagReviewsThe Phantom of the O…

The Phantom of the Opera is a story familiar to many for its chilling suspense, striking set design, and tragic story adapted from Gaston Leroux's novel of the same name. The elegiac tragedy is indisputably one of West End's greatest productions. The late Maria Björnson's majestic vision for costume and production design beautifully complement Gillian Lynne's brilliant musical staging/choreography and the direction of Harold Prince. The musical narrative boasts its entrancing crashing chandelier scene, special effects, glorious stage production, and memorable scores. It is a visually impressive experience, quite matchless against Andrew Lloyd Webber's newly acclaimed musical, 'School of Rock'.

I was fortunate enough to get close stall seats to the long-running musical at the end of last month. It was a story of rich desire, fantasy, and the act of surrender. Slowly, deftly, the music surrounded me. Entrancingly, its most memorable tracks (including "Angel of Music" and "The Music of the Night") expressed the contempt and vulnerability of Erik, the Phantom of the Opera.

Poignant music drove the progression of the stunning operatic musical. Gorgeously illustrated with the special effects and set design of the Paris Opera House, I was moved by the delicate young ballet dancer, Christine Daaé (Kelly Mathieson), the object of the underhanded Angel of Music/The Phantom (Ben Lewis). The Phantom's brilliantly fervent performance was almost delivered with the same ferocity of the former actor, Ramin Karimloo. There was a tragic dark quality to Lewis' voice and archetypal phantom mask. His imposing yet hypnotic presence was guarded by innate fury and passion. "Hounded out by everyone", tormented by his abandonment and "the wickedness of [his] abhorrent face", The disfigured musical genius dreamed of love and acceptance in the labyrinths beneath Paris' Opéra Populaire.

Consumed with a possessive love for the beautiful and ethereal soprano, Christine, the ghostlike tragic hero plotted to place his beautiful protégé at centre stage. Plagued with resentment of Christine's childhood sweetheart, Raoul/Vicomte de Chagny (Jeremy Taylor), he desperately appealed for her love through fear. After a series of tense, passionate sequences, he stole her away with him, his fury seemingly augmented. Mathieson and Lewis share flawless voices and stunning costume. Later displaying her pity and compassion for her dark angel of music, Kelly Mathieson subsequently performs a powerful rendition of "The Point of No Return" with Ben Lewis.

I haven't yet seen a musical as emotionally driven or beautifully composed. The Phantom of the Opera was simultaneously disturbing and beautiful, deserving of its awards and the distinctive sequel, Love Never Dies. 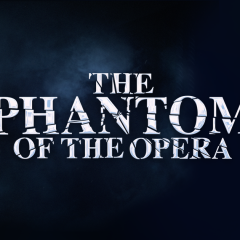 The Phantom of the Opera at Her Majesty’s Theatre