The Defenders is a culmination of two years of buildup. Starting with Daredevil in 2015, followed by Jessica Jones, Luke Cage and Iron Fist, this eventual team-up has been a long-time coming for fans and luckily Marvel have been mostly successful in making it meet expectations.

Of course they were off to a strong start just through strength of casting alone. Charlie Cox as Matt Murdock/Daredevil, Krysten Ritter as Jessica Jones, Mike Colter as Luke Cage and Finn Jones as Danny Rand a.k.a Iron Fist have each proven in their respective series that they are experts in bringing the characters to life on screen - even if the writing for some was appalling.

To that talent list you can then add Sigourney Weaver (Alexandra), Elodie Yung (Elektra) and Scott Glenn (Stick) and you have a hot pot of talent that in theory should elevate Defenders to something larger than the sum of its parts.

The sums don't add up

However, the reality of having so many big characters on screen led to a show that was at times quite crowded and rushed. The multiple plot points felt forced and were all vying for dominance. This is especially disappointing considering that the main thread - the fight against the mysterious and deadly shadow organisation, The Hand - has been dangled and teased since 2015.

With only eight episodes this should have the focus. But rather than allow time for things to develop organically, we were often sped through numerous dialogues that consist purely of exposition to ensure that everyone - characters and audiences alike - are up to speed before the plot can continue. 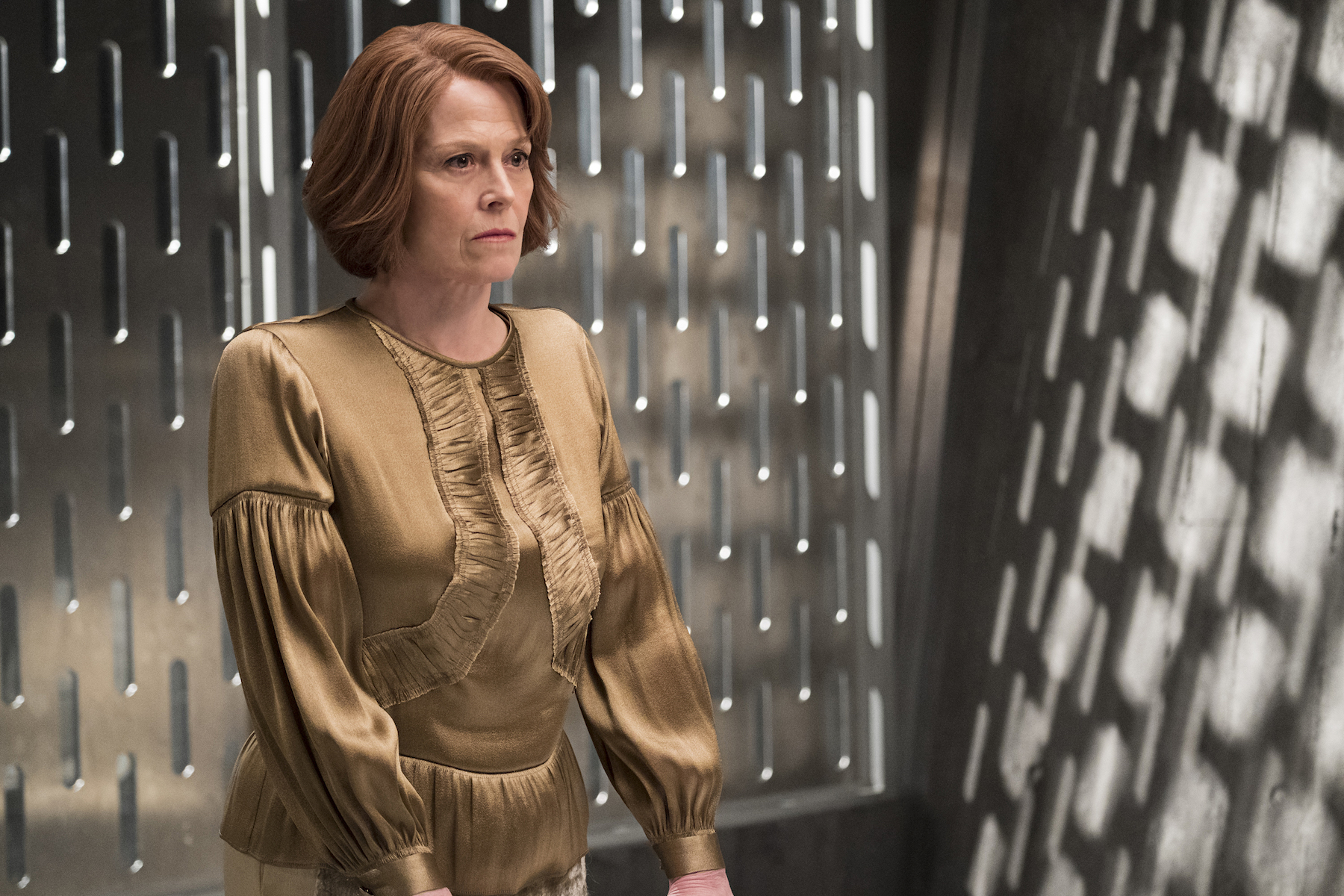 Weaver's character - Leader of The Hand - suffered significantly because of this. She was never really utilised effectively, and rather than menacing, threatening or mysterious, she came across as dull and exposition-heavy.

It's no secret that Iron Fist received a lukewarm response at best. Bad writing and terrible fight scenes ensured that the Immortal Iron Fist was marked as the worst in the Netflix series. Danny Rand was a completely unlikable, unrelatable and entitled brat, who cared nothing of anybody except for the destruction of the Hand.

It feels like The Defenders has gone some way to try and rectify that, successfully bringing Rand down a few pegs. Seen as the 'kid' of the group, the other Defenders will tease and mock him at times - something incredibly easy given his personality and backstory.

This doesn't mean Rand is now particularly likable - he is still a hot headed and slightly self-centered child - but I have progressed from feeling completely ambivalent. Just as well too, given his importance to the show. 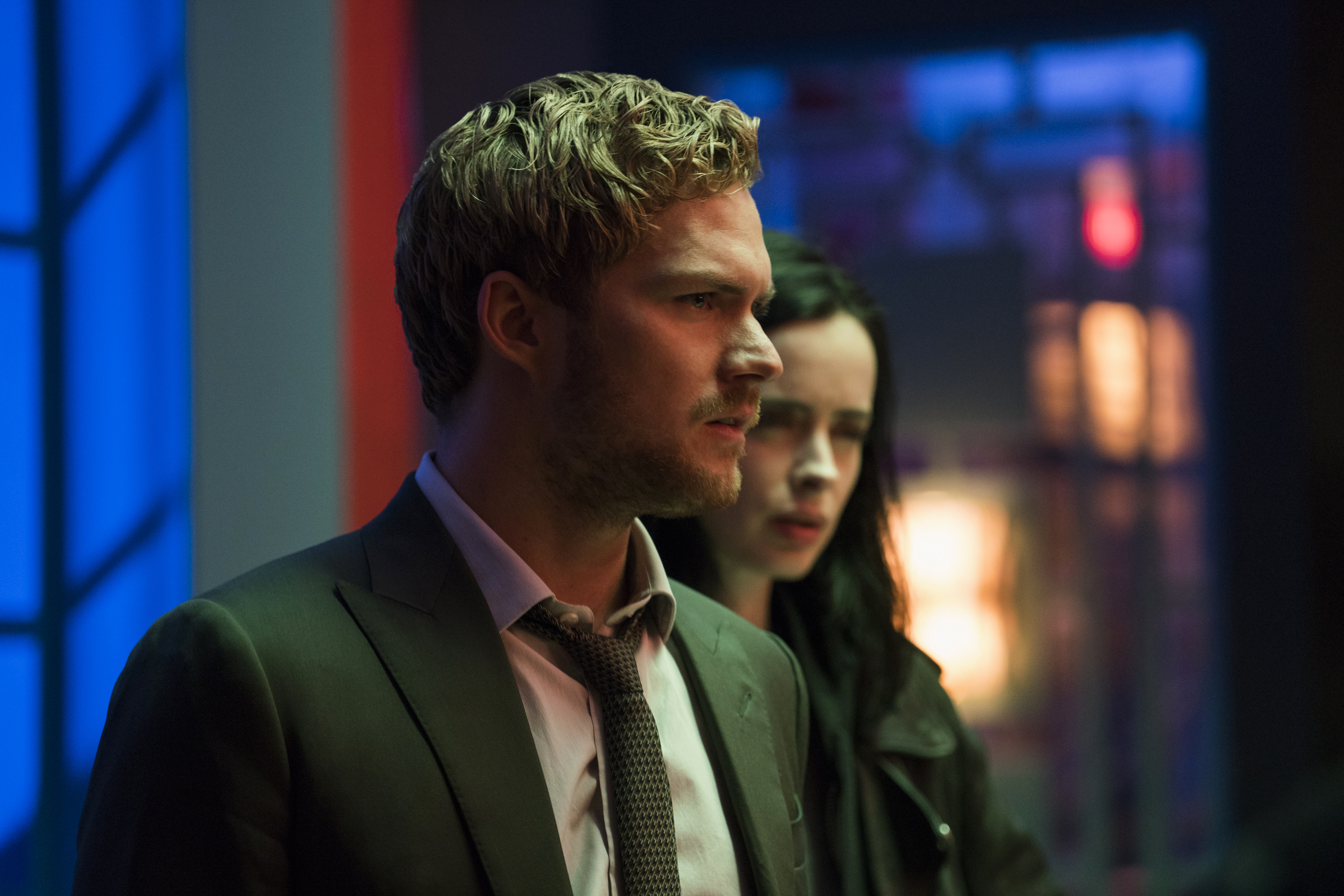 One thing the Marvel Netflix series has enjoyed is superbly choreographed fight scenes - especially in Daredevil. His purposeful and aerobatic style of fighting was a highlight of the show, and now the bar whereby all fight sequences should be judged against. Sadly, this is another area where the show falls flat.

Rather than adopting a beautiful flowing style of choreography, the show leans heavily on the styles used in Iron Fist or Luke Cage. It's less about finesse and more fast paced camera cuts and people falling down far too fast. A shame for sure, but again, they have improved since Iron Fist's solo outing, which is a positive.

Getting the tone right

So we have a script that's less than stellar, fight scenes that aren't as visually gripping, and a cast who aren't well utilised.

Even with all these complaints, I still found The Defenders a fun watch. There was something satisfying about seeing the characters, who have all been so perfectly crafted in their own TV show - Iron Fist excluded - come together for an uneasy alliance.

It perfectly captured and exemplified their character traits. Murdock as a character torn between doing good and being good, Cage only wanting to help the little guy, Danny Rand determined to find purpose and fulfil his destiny, and Jessica who for the most part wanted nothing to do with the whole affair.

When you moved past the exposition dialogue, the working dynamic of the group made for fascinating and funny viewing. The way they joked and mocked one another - with Jessica being exceptionally barbed - reflected a more realistic team-up. That being said, it becomes painfully apparent as the show progresses that these jokes are essentially being used to prop the show up, with some truly awful clunky dialogue in places that caused physical eye-rolls. 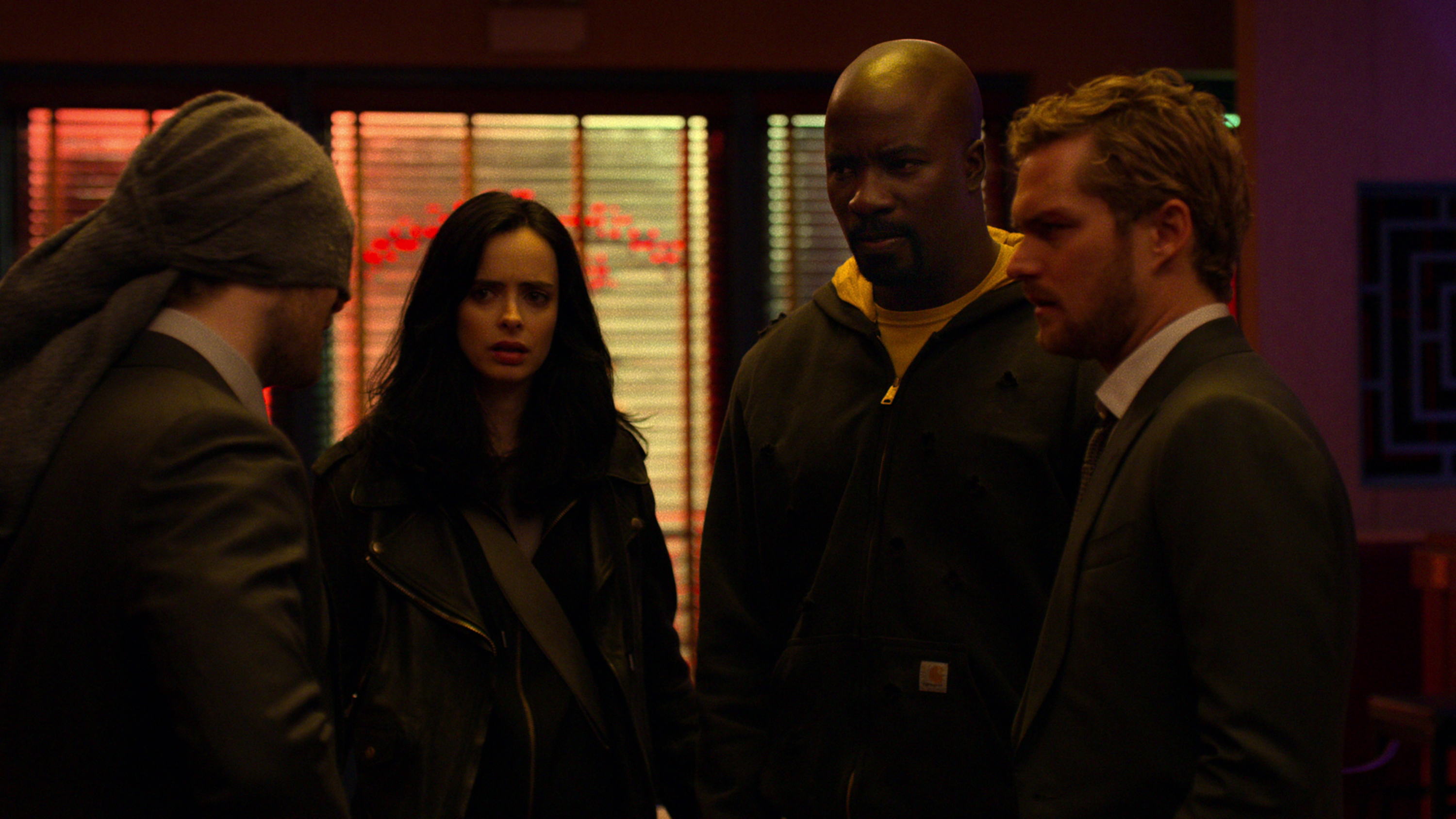 I have long held the opinion that Netflix is creating better Marvel content than the cinematic universe counterpart. More gritty and personable, Netflix does away with bombastic visual spectacle in favour of a more intimate and personal story.

While this was somewhat diluted in The Defenders, it has not yet become a jokefest like the Avengers There aren't forced quips and an immediate acceptance of the situation. Things are a a little more realistic - or as realistic as can be under the circumstances.

Here is a group of people who have all suffered injustice and trauma, yet somehow wound up carrying the responsibility of New York on their shoulders. They have had to put their trust issues aside to collectively work on a bigger enemy.

In real life it wouldn't be easy: there will be mistrust and friction, and people wouldn't want to blindly follow. That is what we have in The Defenders, and it's great.

It is always a fine balancing act with superhero media to ensure they don't come across as juvenile, or worse, too serious. The Defenders certainly strays into the former camp ever so slightly, with its questionable dialogue and occasionally laughable fight scenes.

But, when you switch your brain off and enjoy it for what it is - a big dumb superhero bonanza - it becomes infinitely more enjoyable. Although the execution was off, The Defenders does represent a positive addition to the Netflix/Marvel partnership with some intentionally hilarious moments and a plot that, although convoluted, was for the most part gripping.

The Defenders had the making of an exceptional show. Great actors and a great built-up. While it failed to successfully hit that home run, it still delivered something enjoyable that nicely rounded off the two-year long story-arc.

I must admit though, I am keen to see the heroes disassemble and return to their individual shows, where their own styles and personalities can truly shine. 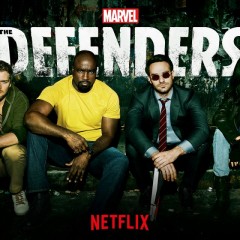