Smith's most recent novel has been labelled the first telling Post-Brexit work.

Ali Smith has made her most recent book unbelievably current and relevant, capturing the atmosphere of political tensions after Brexit and reflecting the horrors of the refugee crisis so poignantly, only months after the referendum. It is the kind of work you wouldn't expect to see until a decade after the events it contains. However, Smith has captured this wonderfully with unprecedented speed. It takes a powerful book to have you laughing and crying within such a short page span and Autumn is beautifully written; a perfectly pitched political satire without risking cynicism.

The novel questions how we look at and interpret the world using utterly remarkable explorations of art and literature. The exploration of 1960's pop art culture, as well as interwoven allusions to texts such as Brave New World, A Tale of Two Cities and The Tempest were seamless, incredibly clever and, on occasion, thought-provoking. They challenge the reader to reconsider their readings and interpretations – something which 101-year old Daniel makes 32-year old Elisabeth do throughout. The characters are truly touching portrayals of the elderly and young at a time when the two generations might have seemed most divided. They also offer a wonderful conduit for some of the most brilliant contemporary satire in existence today - of both inane everyday bureaucracy and much grander political and social events.

Amazingly, the book is not bleak or entirely apocalyptic despite the difficult political events it draws on for material. Despite it being 'autumn' and the horrendous racism and intolerance which pervade the background of the novel, it maintains a sense of beauty and hope, rooted in the ongoing theme of art.

It is a very 'literary' novel and so those hoping for strong plot may be disappointed, however it is a sad, beautiful, relevant and thought-provoking analysis of our society today. As the first part of a four-novel Season cycle we can only hope Smith's next instalment can capture more recent political events with the same poignancy and deft commentary. 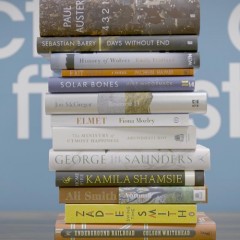 Smith's most recent novel has been labelled the first telling Post-Brexit work.