Not really the best of both worlds

Starting a show by Irish dancing down the centre aisle is a sure fire way to engage your audience, and when the only thing on stage is a line up of clementines everyone opens their eyes a little wider to find out why. These eccentricities at the top of the show were very much needed, as stand-up comedian Annie McGrath presents a show detailing her life as an ambivert (a balance of an introverted and extroverted personality). Ironically, the show was just lukewarm, half-hearted in both its comedy and content, in true ambivert style it had no risk and came across as uninspiringly safe.

McGrath's show discussed a feeling of social confusion, being the one that stays up all night and then at home all week – not typically identifying as an introvert or extrovert. After discovering that she didn't have to be either, that it was okay to be both things started making sense to her. The comedian's incredibly dry sense of humour worked quite well to carry through some funny anecdotes and made the more active, clown-like pieces that topped and bottomed the show all the more surprising and amusing.

The way McGrath executed her humour with confidence, styling out the points when the expectations of laughter and the audience's reaction was less than synchronised. Her stage presence was good and she did command the attention of the audience and although a skill in itself, when coupled with often-unsuccessful humour this isn't always a good thing. It was also unfortunate that a school friend of hers was unexpectedly present in the audience with her mum which when doing some of the more NSFW comedy she became obviously uncomfortable. Whilst I imagine this is annoying for a performer and McGrath did look awkward, it shouldn't have impacted the rest of the audience's experience of the entire show.

The performance was mediocre in both content and comedy. It only lasted 40 minutes of the billed one-hour that suggests that McGrath could sense the lethargy of the audience, and I think was the right time to finish too.

For tickets and further information see the Fringe website. 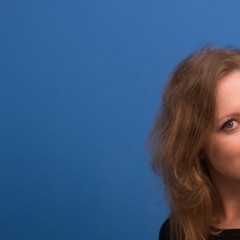 Not really the best of both worlds