Tiff Stevenson: comedian, politically engaged, 10. Playing on the word bombshell, she opens the show confident in her 'status' as a 10, specifically a 10 on the physical attractiveness scale we all seem to love and hate. From the word go her content is clever and fluid, drawing from the sick-bucket that has been politics this year, and the unconscious bias we all experience as a result of constant stereotyping from the media. In response to tragedy, the show tackles some very poignant issues whilst remaining true to its stand up form.

The honesty Stevenson exhibits throughout the show is rare to come by, often censored or muted by so many other acts to appease larger audiences and avoid any offence. To admit one's own unconscious bias is something that can be faced with a plethora of negative responses, to do one on stage, in a comedy show is opening a very active can of worms. Stevenson frankly discusses many hot topics, controversial to those who identify both within the left and the right. Raising important points through the often entertaining, friendly and funny safety vehicle of comedy is not new, nor is doing it by utilising personal anecdotes. But, to speak so candidly about the personal and political, from periods to the policing of language is something that can only really go one of two ways.

For me, the content on the policing of language was the most engaging and successful part to the show. So frequently are we told to adapt our vocabulary to include everyone and when that vocabulary is lagging many are quick to correct and judge. Stevenson suggests that it is not the language that we should be offended by, using the example of a friend's objection to her use of the word poor, but the situation or injustice that it describes.

With such refreshing content sitting well within a feminist, liberal context, the show was a delight and the 'bombshell' concept worked well. That being said, is it very specifically targeted at a feminist liberal demographic and it was evident that it didn't sit comfortably with a few audience members. The alienation of some is an obvious risk when including sometimes divisive topics, however without the risk the gains would've been much more minimal. In terms of the elements that worked less well for me, the humour occasionally didn't work and cheapened some of the points as well as disrupting the fluidity of the set. As a whole it was a funny and interesting show with some really significant messages, which of course were lost on some whose personal ideologies were not assured with her left-wing rhetoric. 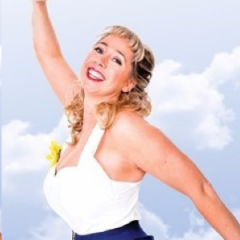 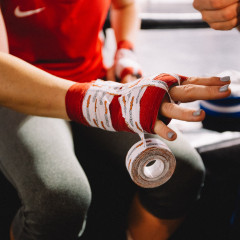