A naturally funny guy who opens brilliantly with his audience interaction.

And to be honest, I think this is where his talent lies. The best parts of his hour long set were the times he engaged audience members with questions and comments. His wittiness, comebacks and critical analysis was brilliant.

Unfortunately, for the majority of his 'written set' it was a consistent laugh, but nothing raucous. Some things went on a bit long and there was a bit too much of jumping around to really keep anyone engaged and coherent. Maybe it would work better after a couple of drinks in an evening, but as a mid-afternoon show it did lack something.

However, I've seen much worse and like I've commented, there is a consistent laughter in the room. Tom will keep you chuckling throughout, although maybe making it 40mins in total would be a more appropriate length.

Tom does make very good use of sound snippets and music. He has an inventive routine with a loop pedal and he has a section with 'mum' towards the end which at first I thought was too great a risk; but I quickly warmed to it and it really held the show together at a point much needed. He hooked back in to earlier jokes and audience comments, he showed some real skill in blending the past half hour or so, and summarised what he'd covered reasonably well.

A great snippet of advice that he offered; "Don't let life get in the way".

It is a very good effort, and a gentle post-lunch show that would be worth watching. It started and ended strong but the mid section simply pulled it down.

Read our interview with Tom Ward. 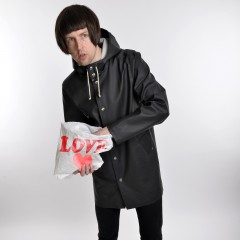 A naturally funny guy who opens brilliantly with his audience interaction.