Brilliant in places and lost in others

The first 40 minutes of Gola's show are absolutely amazing. Filled with hilarious tales, clever observations and genuinely interesting musings about our way of life, he explains his need to 'unlearn' certain aspects of his life. He is fascinating, funny, and a delight to watch. For the first 40 minutes.

Gola challenges the audience a lot, casually reminding us of all the things we so often take for granted through his anecdotes about growing up in a ghetto in South Africa. This is never done in a bitter way, however; the tone is lighthearted and the atmosphere relaxed as Gola simply relates hilarious stories about his young life.

His delivery is casual and unassuming, and naturally very funny. The observations are witty and I actually cried from laughter at one point, which made it the best stand-up show I've seen so far.

And then he let himself down. He went off on tangents, forgot what he'd been talking about, and even entered into a bizarre and awkward debate with an audience member in which he was completely wrong. The last 20 minutes dragged on and there didn't seem to be a definitive ending; he just said thank you and walked offstage. I was seriously disappointed as he'd been so brilliant earlier on and it felt like he really lost his way.

The first 40 minutes of this show are borderline genius. The last half hour (it overran) is almost painful. Is it worth it? Yes, I think so.

Loyiso Gola: Unlearning is on at Gilded Balloon Teviot at 21:00 until August 28th, excluding the 14th. For more information and to purchase tickets, visit the EdFringe website. 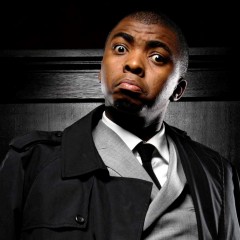 Brilliant in places and lost in others