Not 100% correct on all the readings of the aspects of audience members' lives but he challenged himself to read far more people's minds, turn by turn, compared to last year's Exposé.

It was an altogether more modern affair this year with social media integral to it – the reaction to it on social media has also been wild. First things first, the audience is invited to wear their own Colin Cloud masks and take a selfie asking friends and followers to respond with any words that come to mind when they see the picture.

If you're au fait with Cloud, you may recognise just by that description that, classically, the fulfilment of this is going to be the big closer of the show. For some this may have been the case but, in truth, it was the penultimate trick revealing why an audience member would commit murder.

You won't be able to expect the pay off of any magic trick by Cloud – that remains interminably shocking – what you can expect is that, no matter how much to try to forward think, the pay off will floor you. Be under no illusion, his tricks are iron-clad. He will let the people who think ahead and come to some conclusion as to what will happen next that they're right by teasing them before slapping the real answer across your face.

With that in mind, go in with zero expectations except for of wonder.

You will find yourself caught in a miasma of intellectual doubt around both how he gets several audience members to say what he wants them to say and how he knows the intimate details of their lives. Ceaselessly marvellous. 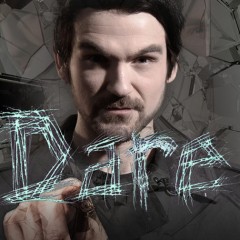