At 22-years-old Ramy Essam was on the front-line of the Egyptian revolution of 2011, calling for President Mubarak's resignation. As a singer who performed revolutionary songs for the crowds, he inspired protesters and become a symbol of the revolution.

He was also captured by the Egyptian Army and tortured during the protests. Yet a year later, he was continuing to perform and protest in Cairo.

Ramy tells his story, armed with a writing desk, projector and his guitar. His storytelling has an endearingly rustic quality, with hand-drawn maps and demonstrations of the front line using rocks and coins. On the projector we see graphically designed demonstrations of his journey, alongside videos of police brutality and media footage from the protests.

In amongst the different parts of the story, he plays the songs he was writing for the protests, with the English lyrics projected onto the screen in the background. His voice has a deep, resounding quality and the sound of the music is utterly absorbing. While the English lyrics probably can't do the music justice, they are touching, sad, and up-lifting.

Essam describes his own role in the fighting, the friends he lost and the torture he suffered. It is difficult to watch. However, although he is clearly affected by this, he is full of fire and hope, waiting to return to Egypt so he can carry on playing his part in the revolution. He takes pride in knowing a generation is living a freer life because of what he achieved. Every aspect of his show was astounding, from his storytelling about the wider context and deeply personal experiences, to his musical performances. At the end the crowd had to be interrupted from applause, illustrating how deeply this show had touched the entire room. Ramy Essam's story is one that you absolutely need to listen to, and I guarantee, you will be glad you did. 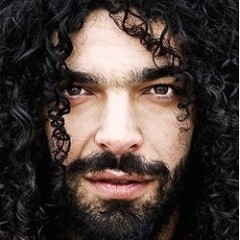 Ramy: In the Frontline