Theatre, performance art, sadistic voyeurism and utter desperation combine to imagine a live game show, where the winner takes all

The show, and my God it is a show, comprises of 4 contestants all vying for fame. After leaving drama school the three find the world of stardom and entertainment wasn't treating them as they'd imagined. To remedy this, their new hope was just to be known, for anything or nothing – the why was irrelevant. Celebrity status for the sake of celebrity status whist not the ultimate goal of skilful acting would be good enough.

This concept is all too familiar within our 15 minutes of fame culture, although now 15 seconds on YouTube would suit most. The concept of the show is bold and intelligent, only further strengthened by its semi-improvised and participatory form, coupled with rich and convincing acting and hilarious content.

Cat food, ice buckets, pain and partial nudity all feature and work to make the show surprising and intense, the audiences individual reactions intertwine with the narrative of the characters revealing uncomfortable truths both sides of the 4th wall. The responses I had were visceral, akin to a nails-down-chalkboard cringe, but that was nothing compared to the heady rush of sadistic herd-mentality and fear I felt when catching myself voting to provoke.

The voting is a crucial part to the show; everyone is given an electronic voting set at the start of the show with coloured buttons corresponding to the outfit of each of the four performers. Throughout the show your sense of morality will be tested as you decide an unknown punishment for the loser of the round, as the steaks get higher so does the thrill. Tit4Twat theatre who produce the show seem twisted and sick and brave and genius.

Watching the show was frighteningly enjoyable, totally consuming and pure fun and it is this success that proves the concept to be so brilliant. I am in awe at the different dimensions to this show and how they work together as live art, theatre, social commentary and comedy.

For tickets and further information see the Fringe website. 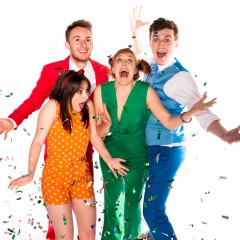 Theatre, performance art, sadistic voyeurism and utter desperation combine to imagine a live game show, where the winner takes all 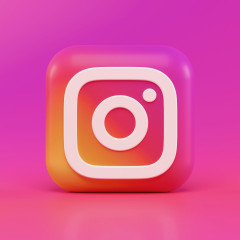 It's about time Instagram added a pronoun section to user bios