An abstract kaleidescope of the worries, issues and horrors that affect the world today.

Three actors perform a series of vignettes, which capture the chaos and complexities of the world we are living in. The performance opens with projections on a screen, depicting the conversations of a man concerned about refugees, coming to Europe, although his worries manifest in racism.

A woman describes how she her fears manifest in racism, even though she knows better, because she fears for her children and struggles to provide for them. A man goes on a gameshow only to strike out and subsequently be tortured because he will not denounce Muslims as terrorists. Refugee women who had been abducted and sold into human trafficking are denied asylum and told they will be deported.

These are some of the scenarios which play out during this show, against a backdrop of projections which include news pieces, social media profiles, hashtags, dates of terrorist attacks and more. The performance is an absorbing, and abstract kaleidoscope of the current issues which are facing people around the world today. It avoids moralising - at one point telling the audience outright to stop judging someone, going on to explain their perspective. It contextualises the reasons behind hate and racism without apologising for them. It gives voice to those experiences which are ignored and silenced in the name of this racism and immigration policies which appeal to those people.

The show is a loose take on a the German play Woyzeck which explores social conditions such as poverty - although I am Faransis W. innovates this and updates it for the modern day. The show lacks an overall sense of cohesion, with some elements fitting in less than others - for example the projected interviews with a man and separately his wife, or the #mansplaining projections, making it feel like the production was trying to encompass a little too. A clearer link between these elements and the main vignettes would have helped to make the show more cohesive. However, the show was brilliantly performed, with excellent use of multimedia. It was striking and thought-provoking, and it will stay with you for a very long time. 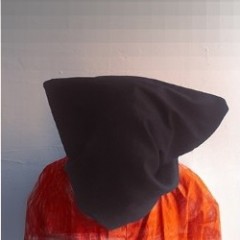 An abstract kaleidescope of the worries, issues and horrors that affect the world today.