Drawing on a character from Shakespeare's As You Like It, who dresses as a man in order to protect herself, Rosalind is a contemporary dance performance exploring gender identity. The stage is sparse with only a large cube frame, which is lit at various points throughout the show.

Through dance, music and a voice recording narrating the show, we are told a story of the roles and boxes people are put into through gender labels. This is physically represented using the cube - and also the movement of the four dances - with a number of sequences using a second person to illustrate the 'main characters' internal struggles. This is done quite literally with scenes of struggle - the women being forced into clothes and and the cube - representing the box.

Clothes are used as a significant marker of gender roles - with both male and female members of the cast assuming both genders by wearing their representative clothes. The show doesn't stop at stereotypical portrayals of women - with a scene that seemed to represent a perfume advert, with all of the typical and toxic notions of masculinity that come alongside this.

The movement was full of energy and the physicality of the performance was breathtaking. The choreographer's ability to convey meaning through simple movement was masterful, and the skill and stamina of the dancers should be applauded. The show was a visual treat while also digging deep into an issue which is at the forefront of current social and political discussion, as well as being timeless - represented in its Shakespearean origins. This was an impressive and intriguing performance which I would highly recommend. 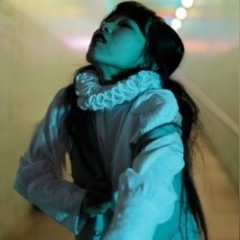