Outrageous, hilarious and a little bit serious, this show has got it all

As a Muslim and Pakistani in the current political climate, Tez Ilyas has a lot of material for his stand-up shows. As such, he doesn't actually want terrorism to end completely. He just wants it to calm down enough that he isn't in mortal danger.

If you're offended by the above paragraph, don't go and see this show. But if you can handle terrorism jokes that really should be in poor taste but are actually brilliantly funny, then you'll like this one.

Luckily for Ilyas, the majority of the audience fell into the latter category, and the room was filled with raucous laughter at his mockery of both the white upper class and left-wing liberals like himself. One man was offended by a particularly impressive immigration joke and simply got up and left, which Ilyas coped with beautifully, using said man as his example of intolerance and Tory thinking for the rest of the show. The audience was even more on his side from that point, and the laughs came more and more frequently. Not every joke made me laugh out loud - some were a little laboured - but I enjoyed his impersonations of (usually white, upper-class) people, and his tales of his niece and nephew were both hilarious and adorable.

But the show wasn't just mildly offensive humour, political commentary and family anecdotes. Ilyas actually weaved a very serious message in, which began with the question 'where are all the chickens?' and became a dark and ominous musing on the potential results of the rise in racism. By the end I thought he'd struck the balance between the humour and the serious side perfectly, but there were a few times during the show when I felt it became too serious too quickly. This made the atmosphere slightly uncomfortable, and while Ilyas recovered well, it dampened the mood a little.

Despite this, I really liked the way Ilyas used humour to convey a very real and imminent issue, and the show both made me laugh and made me think. Not your typical stand-up, maybe, but definitely an enjoyable and resounding experience that you'll keep thinking about long after it ends.

Tez Ilyas: Teztify is on at Pleasance Courtyard at 20:30 until August 27th, excluding the 16th. For more information and to purchase tickets, visit the EdFringe website. 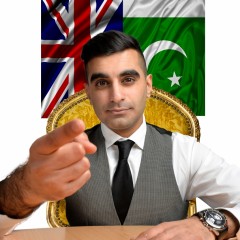 Outrageous, hilarious and a little bit serious, this show has got it all