Should have been great.

Sketch comedy is a lot easier to write than to execute. What can be hilarious on paper can completely fall apart if performed without conviction, or delivered in a lacklustre fashion. Can you se where I'm going with this?

Thunderbärds had all the makings of a great sketch act. It had funny writing, the goodwill of the audience, and the performers' existential crisis incorporated into the show as a theme to tie the sketches together. Despite this, it failed to really get off the ground.

One of the running jokes was that the duo would state that their next sketch was the first of the evening. While it started off funny it soon became irritating, and not long after I began to believe them. Maybe the next sketch would be the one to kick the show off, and then the unbridled hilarity would commence.

But alas, the show, and the duo, never really seemed to move from second gear, delivering cheap gags in a rushed and unrefined manner that left me disappointed. There were a few moments where they seemed to find their stride, but very quickly went back into coasting.

If I believed they were just bad at sketch comedy I would have just passed it off as one of those things and moved on, but it was all the more frustrating when it was apparent that they had the talent, just lacked execution.

Don't get me wrong, you can go to see Thunderbärds and watch some perfectly serviceable sketch comedy, but I don't think we saw the best of Matt and Glenn with this show. 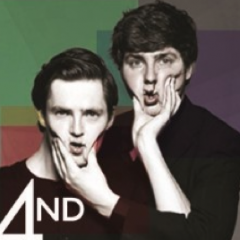 Should have been great.