I would just leave my review there, and maybe tack on a note encouraging you to go see it, but reviewing etiquette is such that I'm expected to say more. I am now forced to try and contain myself from gushing for 1,000 words. Are you getting the idea? This is a good show.

Late Night Gimp Fight have taken the last few years off of the fringe while they pretend to have careers and families outside of the gimp lifestyle. This show demonstrates they aren't finished yet.

From the moment it started until the moment it finished (and for however long the naked man was suspended on stage afterwards) the audience were in rapturous laughter, even when deep down we knew we shouldn't be.

The gimps toe the line between barely acceptable and outright inappropriate. Banned sketch ideas included the Madelaine Mc-CanCan and Painting with Adolf, just to give you an idea of what you'll be dealing with.

For men in their thirties I was amazed by the level of physicality displayed. The amount of dancing, singing and general movement that the gimps and their gimp-entourage exhibited was impressive… and annoyingly catchy. I still find myself humming them today, and my flat-mates aren't grateful for that.

The sketches are amazing. The songs are hilarious. The collective atmosphere is intoxicating. You will laugh until you hurt, and then plough on through the pain. I genuinely cannot recommend it enough. 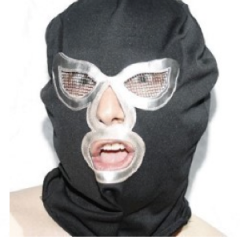