Voice MagArts AwardReviewsConfessions Of A Coc…

The one man show Confessions Of A Cockney Temple Dancer combined both monologue and dance to create a provocative piece which explored foreign identity in England.

'Cockney' Londoner Shane Shambhu was born in England, however the clash of cultures between how his Indian family acted and how his English friends/colleagues reacted was interesting to view.

What I liked about Shambhu's performance was the distance between the audience and performer. He started by offering sweets to the audience, kind and a hospitable gesture to invite us as a guest into his world.

Secondly, he showed no fear in looking his audience in the eye; even when locked in intricate poses. He even pointed directly towards me and said, "She's well fit! Can I have your number? Ooooh she's thinking about it!" which made me chuckle. Never really had that happen during a show before, very courageous! I didn't know how to respond. He also asked questions to his audience, pulling jokes where necessary and touching their foreheads and fingers. He was open with us and our minds were open to his land, culture and art form of Bharatanatyam.

Such concentration was displayed throughout his dance moves. As a follower of Complicite's physical style (with whom Shambhu works as Associate), I was aware of what to expect in terms of movement. I adored his miming sequences in his kitchen; carefully drawing his art with energy dripping throughout each glance, each finger, each extension and (even) eyebrow.

Of course a professional dancer is bound to be performing at a high standard, however I did want to question some aspects of the choreography. Some steps were repeated, but they were often repeated in contrasting ways so one step may signify new life or birth at the start of the piece. Therefore the audience relate that meaning in a specific way. So, to repeat the same step at a different part of the story (for example, where a problem is identified) was a bit difficult to follow as an audience member. Particularly when the movements were more like miming, where the picture needed to be very detailed in order for the audience to understand.

I felt that the dancer's alignment of the top line was sometimes inconsistent and a straighter line could have been achieved by wearing a less restrictive costume. If a performance starts consistent, then I expect the standard to be consistent throughout - otherwise the narrative is then difficult to follow and the audience will feel disengaged.

I walked away from the performance with fresh, creative ideas flowing through my mind. This was a piece which I may have felt reticent to attend, due to not knowing much about the culture and perhaps feeling isolated. However, this was resolved through a clear plot and simple language and could encourage others to learn more and leap or pirouette into new directions when making artistic choices. 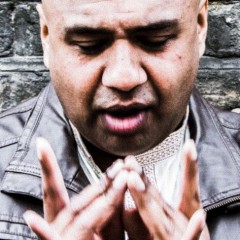 Confessions Of A Cockney Temple Dancer

The one man show Confessions Of A Cockney Temple Dancer combined both monologue and dance to create a provocative piece which explored foreign identity in England.