Manchester Art Gallery is hosting an exhibition celebrating the arts and culture of Manchester bands Joy Division and New Order.

True Faith celebrates the work of Peter Saville who created artworks for the bands Joy Division and New Order.

Joy Division was formed by Ian Curtis in Manchester during the 1970s and, upon his death in 1980, his bandmates reformed under the name New Order. The bands' music were considered post-punk, with New Order moving towards new-wave with the electronic and dance music of the 80s.

The exhibition is a fantastic amalgamation of work inspired by and celebrates the culture around the bands, as well as feature works from Saville and the bands, including memorabilia, handwritten notes and playbills. The exhibition is multimedia - with visual arts, sculpture and light installations, alongside music and video, both from the band itself and artistic responses to their work.

The exhibition is a testament to how art forms can work together and influence each other, and it is fascinating to see how the visual styles changed as the bands developed over the years. It becomes clear within the exhibition how important visual art is to the music industry, notably in the branding and advertising.

The art works capture the distinctive culture and visual style of the bands, capturing the ethos of post-punk, anti-establishment England during the 1980s. This style was particular to not only an English identity but also the North of England and Manchester itself. It is highly relevant as a legacy of the vibrant music and arts scene in the city.

The setting is highly immersive with the ability to walk through and around the installations. It was also so busy; it has resonated with the people of Manchester and it wasn't just those who knew the bands who were there - a range of people from families to teens and older people were all in the audience.

The exhibition was fantastic and incredibly interesting even if you aren't a fan of the bands it is certainly worth checking out the work that has been hugely influential across the arts and in UK culture. 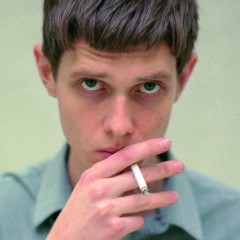 Manchester Art Gallery is hosting an exhibition celebrating the arts and culture of Manchester bands Joy Division and New Order.