We Need to Talk about Technology at Stollers' Hall, Manchester presents the two artists in conversation about how they use technology in their work.

Laurie Anderson is a multimedia artist and musician who has focused on technology to tell stories within her art, while Wayne McGregor is an award winning choreographer who incorporates technology into physical movement.

Focusing specifically around how technology interacts with their art, both are highly interested in the relationship between the body and technology. McGregor notes how there is a seamless connection between the two, but also that technology can be a disruptive and dissociative force, particularly when it mediates art. For example, the experience of watching a dance performance changes when it is on video. Anderson's work with virtual reality exemplifies this as she talks about how it dissociates you from your own body, describing a design in which the viewer undergoes and experiences their own open heart surgery through VR.

Linked to this is a focus on space, where being aware of what is around you is not only important, but instinctual. Yet this instinct is often removed through our uses of technology. For example we lose the spatial sense of background in video communications. McGregor extends this sentiment, describing experiments where participants can play an online game of ping pong simply through thinking 'up' or 'down' to trigger movement. However, it is not so simple as the use of language, but the spatial recognition of what up and down means. This is really innovative and ground-breaking work, but for Anderson, the real fascination is in the moments where technology goes wrong, like freezes and skips on video. This is even something she emulates, giving us a powerful moment which is awkward and jarring, but proves her point exactly - we notice the moments of failure far more than constant success.

Not infrequently, the conversation digressed and took odd turns, and the irony of talking about technology's failure's being the most fascinating aspect while the microphone kept playing up was not lost on the audience.

Bringing in Birgitta Jónsdóttir, an Icelandic politician who focuses heavily on media, took the conversation in a different direction. It became apparent that, culturally, we need to be focused on the governance and regulation of technology; particularly of our 'metadata' or digital personae. This broached conversations about democracy and how we need to engage to make such changes - a narrative which has become all too common in the last couple of years.

The conversation was so wide-ranging, broaching dissemination of art, medical applications of these technologies, and the intersection of art and technology with geography. Despite a few hiccups, it was thought provoking and engaging, prompting so many of the conversations that need to be had about how we interact with technologies today. 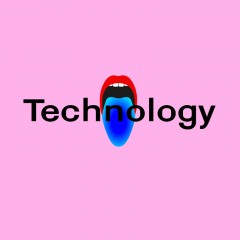 Interdependence: We Need to Talk About Technology with Laurie Anderson and Wayne McGregor

We Need to Talk about Technology at Stollers' Hall, Manchester presents the two artists in conversation about how they use technology in their work. 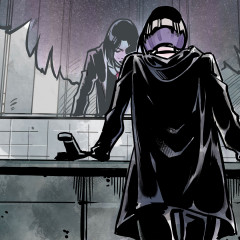