A film experiment? A performative debate? A play? What if Women Ruled the World? is all of these.

The objective of the event was to provide footage for a film experiment by Israeli artist Yael Bartana with director Vicky Featherstone and writer Abi Morgan. This meant that the piece was awash with content and thus difficult to dissect as a whole narrative strand.

The piece began with a parody of Dr. Strangelove using gibberish dialogue and explicit references to the film. What was particularly pleasing about this scene was the way in which the ensemble of women mirrored typically male mannerisms and stereotypes in a truthful, yet satirical style. This recurred throughout the work in various forms including playing reductive female roles in Kubrick's film with male actors.

The approach of having such powerful voices, not just in the arts, but in the intellectual world forced the audience to confront the issues being discussed in a factual sense but also emotionally. Some of the messages were laboured and repeated but the spectator must realise that what they are watching is going to be edited into a video experiment and therefore requires the performers to at times repeat ideas. The ideal way to see this piece would then be to watch the end result rather than the performance.

An apocalyptic scenario reflected on the implications of having ten females to every male. This motif was frequently examined throughout and delved into issues raised such as climate change, distribution of wealth, and gender equality.

Then began the performative debate with the female leaders: international scholars, Susan George, Dr. Lina Khatib, Dr. Marion Koopmans, Anni-Helena Ruotsala and feminist writer, Natasha Walter. This debate was interspersed with monologues, video and sound. It was intentionally fragmented and this needs to be taken into account. That said, the piece does have a structure and a message of clarity in the final scene.

The cast were all fantastic in their roles as they had to change characters sporadically. Stand out performances came from Susanne Sachße (muse of Bruce Labruce, Ulrike's Brain, 2017) and Natasha Gordon. Eileen Walsh (The Magdalene Sisters, 2000) was also a surprise in her versatility, playing a macho buffoon one minute and a terrified mother the next.

The acoustics and the choice of the Mayfield Depot as a venue were exceptional. The acting talent is well established and delivered and the issues raised such as climate change, distribution of wealth, and gender equality that cannot be ignored in our time. The execution and lack of importance placed on this performance as part of the wider work took a great deal of impetus off the impact. 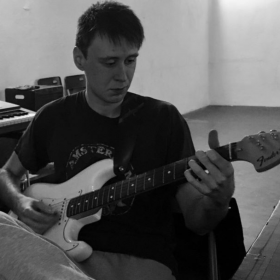 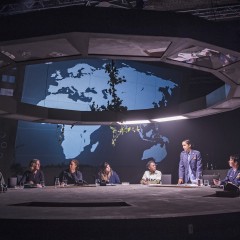 What if Women Ruled the World? review

A film experiment? A performative debate? A play? What if Women Ruled the World? is all of these. 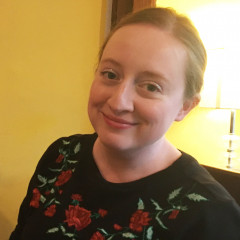